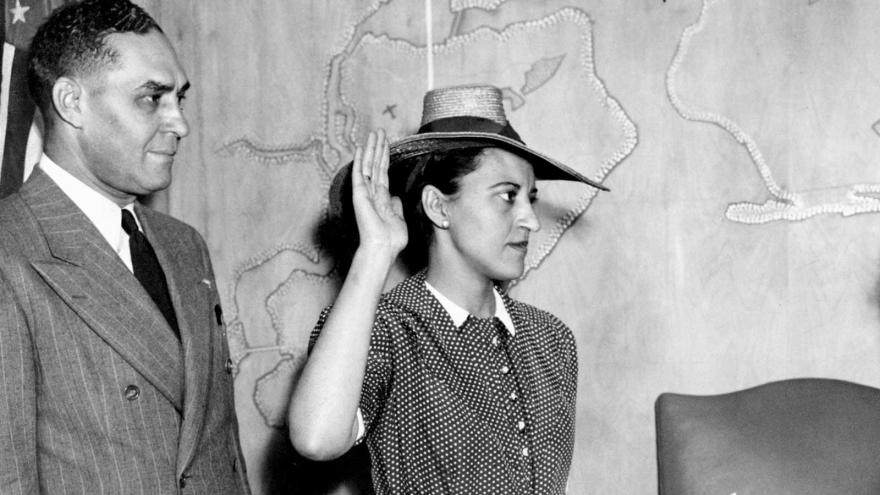 Jane Bolin was the first Black female judge in the country. She served on the bench for 40 years.

(CNN) -- Jane Bolin made history over and over.

The daughter of an influential lawyer, Bolin grew up admiring her father’s leather-bound books while recoiling at photos of lynchings in the NAACP magazine.

Wanting a career in social justice, she graduated from Wellesley and Yale Law School and went into private practice in New York City.

In 1939, New York Mayor Fiorello La Guardia appointed her a family court judge. As the first Black female judge in the country, she made national headlines.

For the compassionate Bolin, the job was a good fit. She didn’t wear judicial robes in court to make children feel more at ease and committed herself to seeking equal treatment for all who appeared before her, regardless of their economic or ethnic background.

In an interview after becoming a judge, Bolin said she hoped to show “a broad sympathy for human suffering.”

She served on the bench for 40 years. Before her death at age 98, she looked back at her lifetime of shattering glass ceilings.

“Everyone else makes a fuss about it, but I didn’t think about it, and I still don’t,” she said in 1993. “I wasn’t concerned about (being) first, second or last. My work was my primary concern.”