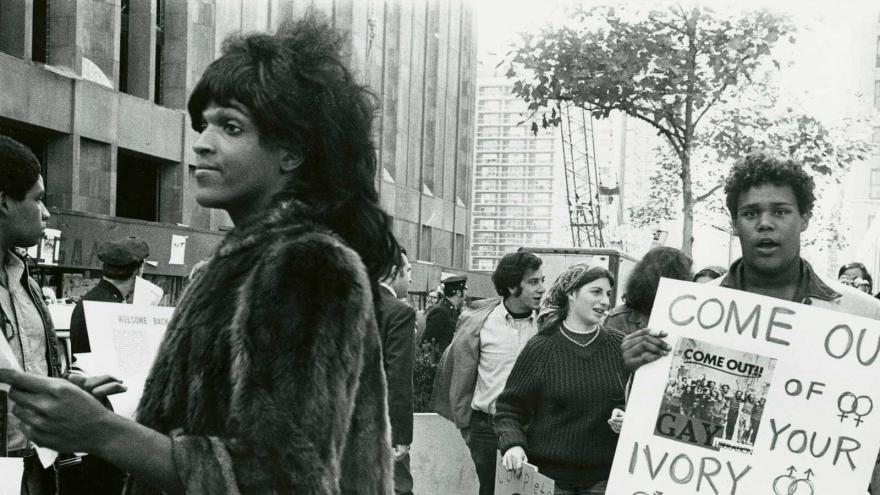 Marsha P. Johnson was a celebrated transgender activist in the gay liberation movement.

(CNN) -- The late Marsha P. Johnson is celebrated today as a veteran of the Stonewall Inn protests, a pioneering transgender activist and a pivotal figure in the gay liberation movement. Monuments to her life are planned in New York City and her hometown of Elizabeth, New Jersey.

When police raided the New York gay bar known as the Stonewall Inn in 1969, Johnson was said to be among the first to resist them. The next year, she marched in the city’s first Gay Pride demonstration.

The term “transgender” wasn’t widely used then, and Johnson referred to herself as gay, a transvestite and a drag queen. She sported flowers in her hair, and told people the P in her name stood for “Pay It No Mind” – a retort she leveled against questions about her gender.

Her activism made her a minor celebrity among the artists and outcasts of Lower Manhattan. Andy Warhol took Polaroids of her for a series he did on drag queens.

Frequently homeless herself, Johnson and fellow trans activist Sylvia Rivera opened a shelter for LGBTQ youth. She also was outspoken in advocating for sex workers and people with HIV/AIDS.

In 1992, Johnson’s body was found floating in the Hudson River. Police initially ruled her death a suicide but later agreed to reopen the case. It remains open to this day.