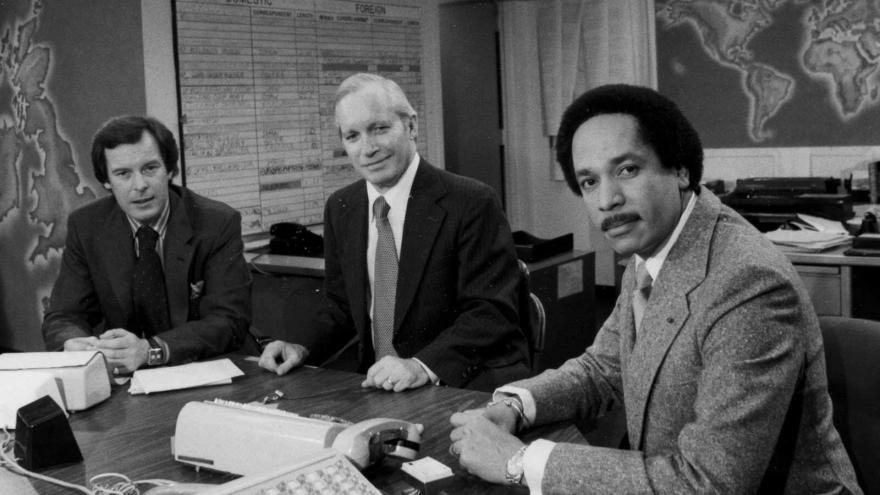 (CNN) -- A trailblazer in broadcasting and journalism, Max Robinson in 1978 became the first Black person to anchor the nightly network news.

But his road to the anchor’s chair wasn’t easy.

Robinson got his start in 1959 when he was hired to read the news at a station in Portsmouth, Virginia. His face was hidden behind a graphic that read, “NEWS.” One day he told the cameraman to remove the slide.

“I thought it would be good for all my folks and friends to see me rather than this dumb news sign up there,” Robinson once told an interviewer. He was fired the next day.

Robinson’s profile began to rise after he moved to Washington, where he worked as a TV reporter and later co-anchored the evening news at the city’s most popular station – the first Black anchor in a major US city.

He drew raves for his smooth delivery and rapport with the camera. ABC News noticed, moved him to Chicago and named him one of three co-anchors on “World News Tonight,” which also featured Frank Reynolds in Washington and Peter Jennings in London.

Later in his career, Robinson became increasingly outspoken about racism and the portrayal of African Americans in the media. He also sought to mentor young Black broadcasters and was one of the 44 founders of the National Association of Black Journalists.