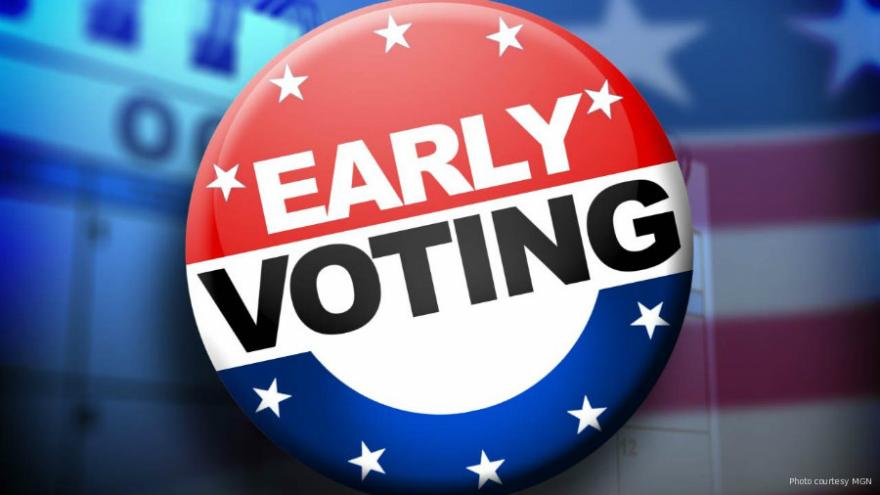 LOUISVILLE, Ga. (AP) — A group that encourages African-Americans to vote says about 40 black residents of a senior living center in Georgia were told to get off a bus taking them to vote.

Monday was the first day of in-person early voting in Georgia. Democrat Stacey Abrams and Republican Brian Kemp are running for governor.

The senior center director asked the senior residents to get off the bus, said LaTosha Brown, a co-founder of Black Voters Matter.

"We knew it was an intimidation tactic," Brown told the Atlanta newspaper. "It was really unnecessary. These are grown people."

"No seniors at the Jefferson County senior center were denied their right to vote," Brett said.

The seniors planned to cast their ballots later, the newspaper reported.

The county is about 140 miles (225 kilometers) southeast of Atlanta.

Access to the polls has been a contentious issue in Georgia's race for governor, a closely watched contest. Civil rights organizations are suing Kemp, the Georgia Secretary of State. The federal lawsuit accuses Kemp's office of preventing minority voters from registering ahead of the Nov. 6 election.

Abrams would become the nation's first black female governor if she wins. Recent public polling indicates the race is a dead heat.

Kemp's office has blamed the racial disparity on the New Georgia Project, a voter registration group founded by Abrams in 2013. It says the organization was sloppy in registering voters, and that it submitted inadequate forms for a batch of applicants that was predominantly black.