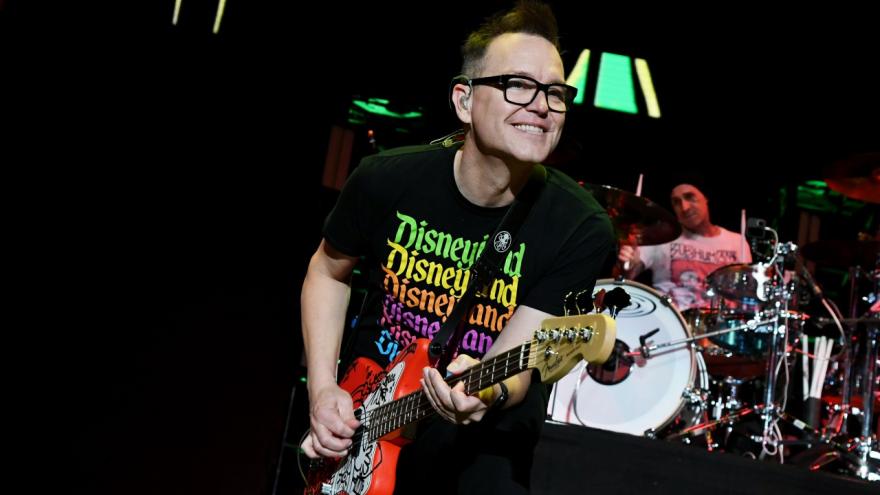 (CNN) -- Blink-182 singer and bassist Mark Hoppus is undergoing chemotherapy for cancer, he said Wednesday on his social media accounts.

Hoppus said on Twitter that he's receiving treatment but didn't reveal the type of cancer he has.

"For the past three months I've been undergoing chemotherapy for cancer," he wrote.

"I have cancer. It sucks and I'm scared, and at the same time I'm blessed with incredible doctors and family and friends to get me through this. I still have months of treatment ahead of me but I'm trying to remain hopeful and positive. Can't wait to be cancer free and see you all at a concert in the hopefully near future. Love to you all," he continued.

The 49-year-old musician also posted a photo of himself on his Instagram story, showing him sitting in a chair with an IV apparently attached to his arm.

"Yes hello. One cancer treatment, please," he wrote along with the photo.

Tom DeLonge, the band's co-founder, said he was aware of Hoppus' cancer diagnosis and offered his support.

"And to add to his own words that he used today, I would also like to say that he is strong, and a super-human who is pushing through this difficult obstacle with a wide-open heart," DeLonge said in a tweet.