Blinken to travel to Ukraine and Germany this week 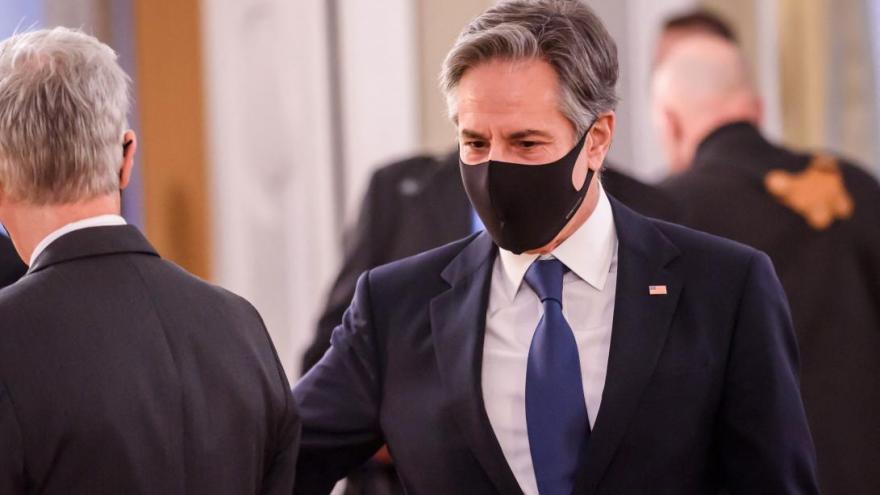 Secretary of State Antony Blinken, pictured here, in Riga, Latvia November 30, 2021 will travel to Ukraine and Germany as the Russian threat toward Ukraine continues to loom.

(CNN) -- Secretary of State Antony Blinken will travel to Ukraine and Germany this week as the Russian threat toward Ukraine continues to loom.

In Berlin, Blinken will "discuss recent diplomatic engagements with Russia and joint efforts to deter further Russian aggression against Ukraine, including Allies' and partners' readiness to impose massive consequences and severe economic costs on Russia."

Blinken will meet with German Foreign Minister Annalena Baerbock, followed by a meeting with the Transatlantic Quad, which also includes the UK and France, according to Price.

Blinken's visit follows last week's diplomatic talks between the West and Russian officials that ended without a commitment from Russia that it would deescalate and pull back the tens of thousands of troops it amassed on the Ukrainian border, leading a senior US official to warn that the "drumbeat of war was sounding loud."

The US has been assuring Ukraine of its commitment to the country, amid new warning signs and US intelligence that suggest Russia is preparing a Ukraine invasion.

The US has information indicating Russia has prepositioned a group of operatives to conduct a false-flag operation in eastern Ukraine in an attempt to create a pretext for an invasion, which CNN first reported and the White House later confirmed. These operatives are "trained in urban warfare and in using explosives to carry out acts of sabotage against Russia's own proxy forces," White House press secretary Jen Psaki said Friday.

Russia has also begun evacuating its embassy in the Ukrainian capital, which could potentially be preparation for a looming conflict, The New York Times reported. Russia has denied the report and said the embassy is operating as usual.

Blinken will be the latest US official to visit with Zelensky, after CIA Director Bill Burns met with the Ukrainian leader last week and a delegation of US senators met with Zelensky on Monday.