Bloomberg is spending his way to the top 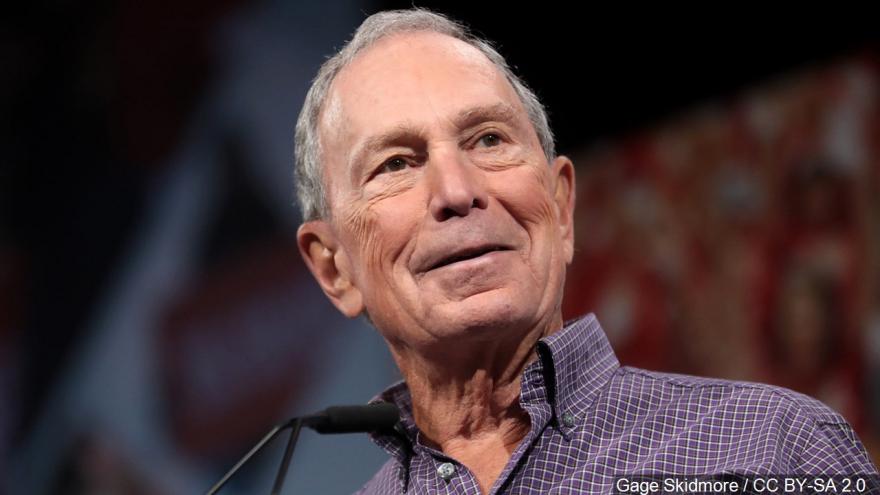 The average poll also shows Bloomberg at 15%, up considerably from 9% before the Iowa caucuses and 3% when he first entered the race in November.

What's the point: Much to my surprise, Bloomberg can now be considered a real player in the Democratic primary. He's seen his numbers go up nationally and in a number of state polls as well. Bloomberg is showing that with a massive war chest, you can, in fact, buy yourself a lot of goodwill.

Bloomberg has spent $129 million on ads in the Super Tuesday primary states, after deciding to skip the first four contests. No one else is even within $100 million of him. Beyond fellow billionaire Tom Steyer, no else has even spent $10 million.

American politics has never before seen this kind of financial firepower in a presidential campaign. Bloomberg is spending much of it on traditional television advertisements, but has spent money on digital as well. He's sponsored a bunch of memes, for example.

This type of paid media helps garner Bloomberg attention in the free media (e.g. articles such as this). According to the news outlets tracked by NewsLibrary.com, his name is appearing in about 200 articles per day in February. That is double the 100 articles per day it appeared in during January.

But it's not just the media where Bloomberg is finding success. He has found a home among the establishment as well. As of this writing, he has racked up 22 endorsements from members of Congress, governors and major city mayors -- second only to Biden. During February alone, he has picked up nine endorsements from this same group. That is more than the rest of the field combined.

Bloomberg, of course, has made many connections to elected Democrats through his Bloomberg Philanthropies activities and donations to members of Congress.

Many of the Democrats endorsing Bloomberg are moderates. They are the types of politicians who you might have expected to endorse Biden. With Biden falling in the polls after his disappointing finishes in Iowa and New Hampshire, they've decided to put their stock in Bloomberg. Many of them are on the record as fearing a Sanders nomination because of his progressive views.

But I'm not sure Bloomberg will have his intended effect. In a way, he could make it easier for Sanders to win the nomination.

We already saw how Sanders was able to sneak by to a victory in New Hampshire with only 26% of the vote. He did so because the moderate vote was split among Biden, Buttigieg and Sen. Amy Klobuchar of Minnesota.

The good news for those moderates is Democrats have proportional allocation of delegates. This means that as long as the moderate candidates are hitting the 15% threshold to receive delegates, Sanders won't be able to run away in the delegate race. There could be a contested convention because no candidate won a majority of delegates by the end of the primary season.

That said, it's always better to be ahead in the delegate count than behind. We've already heard Sanders say it would be "divisive" if a candidate who won a plurality wasn't made the nominee. And if he is consistently winning, he may be able to pick up momentum and build on his 25% in the polls.

Further, it's possible that Bloomberg's involvement could allow Sanders to be the only one to consistently reach the 15% threshold. Under such a scenario, Sanders could end up close to, if not winning, a majority of delegates, even if he is well short of a majority in the vote count.

Of course, we may be getting a little ahead of ourselves. Let's see where we are after the Nevada caucuses and South Carolina primary -- contests that Bloomberg isn't even participating in.