Body found in Costa Rica identified as missing US woman 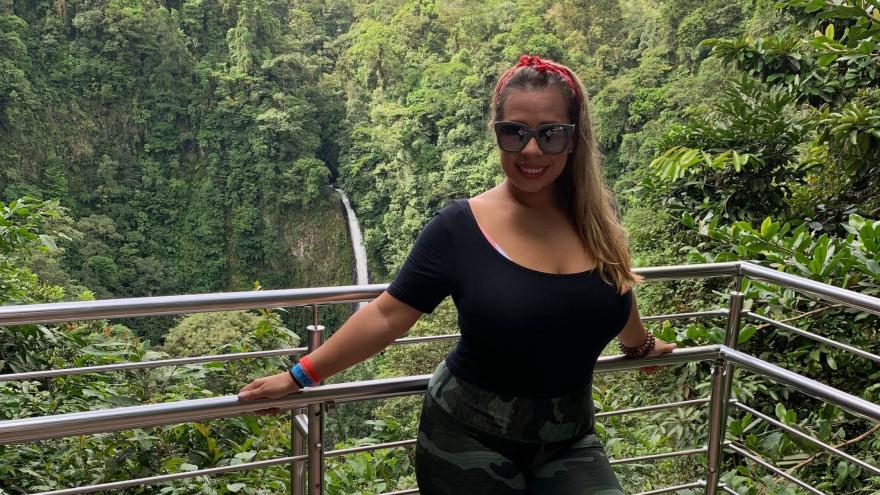 By Nicole Chavez, CNN
(CNN) -- The body of Carla Stefaniak, a US citizen reported missing while on vacation in Costa Rica, has been found here, her family confirmed, as authorities announced a suspect is in custody in the case.

It appears Stefaniak's father was allowed to see the body of his 36-year-old daughter Tuesday night, according to a Facebook page that has been updated by a family friend.

"Words cannot express the devastation within her family and friends. We want the world to know that we will never forget Carla," the post on Finding Carla says.

Nearly a week had passed since Stefaniak's relatives and friends in Florida embarked on an international search after she failed to return from her birthday celebration in Costa Rica.

A partially decomposed body was found Monday about 300 yards from the apartment complex where Stefaniak was staying in a province just outside the country's capital of San Jose, said Walter Espinoza, a spokesman with the nation's Judicial Investigation Department.

Authorities believe it was Stefaniak but have not officially identified the remains, they have said.

A suspect, Bismarck Espinoza Martinez, 32, is in custody in the case, officials said Tuesday during a news conference. He worked as asecurity guard at the Airbnb where Stefaniak was staying, they said.

Detectives who interviewed people who had contact with Espinoza Martinez before Stefaniak went missing on November 28 grew suspicious when they noticed his statements were contradictory, Espinoza, the government spokesman, told reporters.

Espinoza Martinez had been staying in the apartment next to Stefaniak's rental, the spokesman said, adding that the suspect is a Nicaraguan national who has been in Costa Rica since June.

Espinoza Martinez was arrested Monday and is in jail because he is a flight risk, the spokesman said.

"The person linked to this homicide (Espinoza Martinez) was close to her and had the time and place to commit the crime," he said.

Stefaniak's friend, Leandro Fernandez, said the security guard told Stefaniak's relatives that he last saw her around 5 a.m. on November 28, as she got into an Uber to go to the airport.

"It was completely off because her flight was not until midday," Fernandez told CNN affiliate WSVN.

The family later learned there were no records in Stefaniak's Uber account from that day, Fernandez said.

An autopsy showed multiple stab wounds to the "neck and upper extremities," as well as blunt force trauma to the head, the spokesman said.

Authorities also had found stains inside the apartment where Stefaniak was staying, "which are compatible with blood and which will be submitted to further investigation and comparison," he said.

Relatives raised the alarm last week, after Stefaniak stopped texting and phoning home and was not on her return flight from Costa Rica.

April Burton, her sister-in-law, told CNN the two had gone to Costa Rica to celebrate Stefaniak's birthday and had traveled together for six days, staying in beach towns outside San Jose.

A day before she went missing, Stefaniak dropped Burton at the airport and returned their rental car.

Stefaniak opted then to stay at a hostel closer to the airport before her flight the following day, her brother, Carlos Caicedo, told WSVN.

Stefaniak and Burton had been texting each other via WhatsApp, Burton said. Then, the messages stopped.

"That's when we knew that something's not right," she said. "You never want to think the worst, but that's where your mind goes to automatically. ... For almost six days to go by and no contact, she would have to have been abducted."

The complex where Stefaniak had been stayed is temporarily closed, a lawyer for the site told CNN affiliate WFTS.

"The owners are fully cooperating with the authorities in the investigation and we hope that once the facts are determined, the perpetrator is brought to justice," the attorney, who was not identified, told the Tampa station.

US State Department officials were aware of the reports of a missing American in Costa Rica, a representative told CNN.