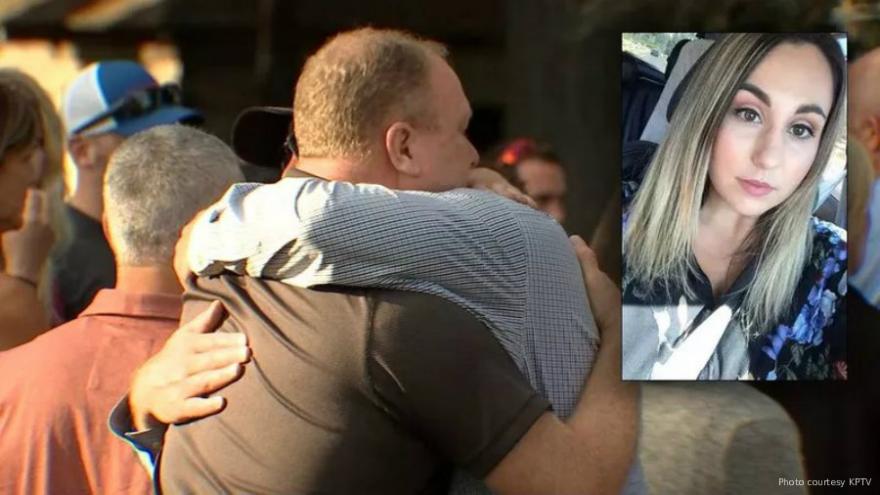 DAYTON, OR (KPTV) -- A body believed to be a missing 27-year-old woman was found Thursday morning north of Dayton.

The Yamhill County Sheriff's Office said at 10 a.m., joggers found a body of a woman down an embankment near an onramp that leads from Wallace Road to Highway 18.

Based on physical descriptors and clothing, deputies believe the body is Meighan Cordie.

Cordie, who is the daughter of a Clackamas Fire captain, was reported missing earlier this week. She was last seen leaving a wedding in the Grand Island area, about eight miles south of Dayton.

Search and rescue crews, along with volunteers, spent several days searching for Cordie.

A friend of Cordie's spoke with FOX 12 on Thursday.

"She lit up a room when she came into it, making jokes, smiling, she made so many friends," Ashli Johnston said.

"She really was the person everyone wanted to be friends with," Johnston continued.

Even strangers here in Dayton are feeling this loss.

"I mean she was somebody daughter," Terry Angie said.

And somebody’s mother Johnston told us the 27-year old had a three-year-old girl.

'I know she would try to get home, she loves that little girl more than anything there’s no reason she would just disappear for no reason," Johnston said.

It is with very heavy hearts that we are sharing our beloved daughter Meighan has been found deceased by the Yamhill County Sheriff's Office. The pain our family is experiencing is unimaginable and we ask for privacy as we process this information and continue to grieve as a family.

Detectives and investigators from the Yamhill County Major Crimes Response Team are currently on scene where the body was found and working the investigation.

The sheriff's office said the investigation is ongoing and in its early stages. Additional information will be released at a later time.