Body of missing 2-year-old boy is found in Las Vegas, suspect remains in jail without bail 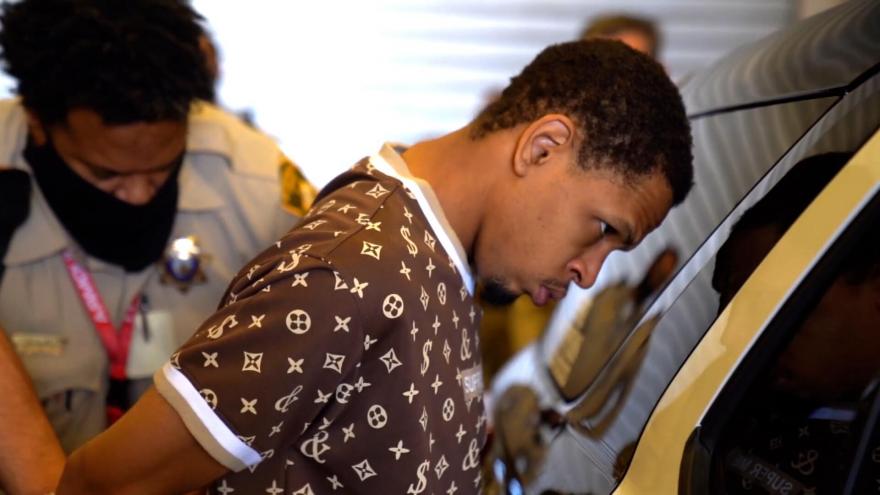 Police released video of Terrell Rhodes, the man they arrested for the murder of 2-year-old Amari Nicholson.

(CNN) -- The body of a missing 2-year-old boy was found Wednesday, one day after Las Vegas police arrested a man in connection with the child's disappearance and death, authorities said.

Amari Nicholson was last seen May 5, according to Lt. Richard Meyers with the Las Vegas Metropolitan Police Department.

"This case started out as a missing persons investigation, and, unfortunately, I'm here to tell you today that it is now a homicide," Meyers said Tuesday evening.

Terrell Rhodes, 27, was arrested and charged with first-degree murder in the killing of Amari, authorities said. Rhodes identified himself as the boyfriend of Amari's mother in a pre-arrest interview with CNN affiliate KVVU.

"The defendant ended up confessing to Metropolitan Police detectives that he abused the child, hit the child numerous times, causing his death," prosecutor Tim Fattig said at Rhodes' initial court appearance Wednesday. "He then ended up hiding the body after this occurred."

Fattig said Rhodes lied to investigators for a week before giving his confession. Blood evidence was found inside Rhodes' apartment, according to the prosecutor.

Rhodes did not speak during the court hearing, and his public defender did not address the evidence or request bail. The Clark County Public Defender's Office did not immediately return a message from CNN requesting comment.

CNN has reached out to police for the arrest report.

During the hearing, Rhodes was ordered to remain in jail without bail.

"The state is entitled to detention at this early stage in proceedings based on the nature of the charge," said Justice of the Peace Joe Bonaventure with the Las Vegas Justice Court. He ordered Rhodes to return to court next Monday.

The police department said the cause and manner of Amari's death will be determined by the coroner.

Rhodes will face additional charges, Meyers said, though he did not provide additional details.

The LVMPD last week sought help in locating Amari, saying on Twitter that he could be in severe emotional distress and in need of medical assistance.

His family had also sought the public's help.

"It feels like we've exhausted what we could do here, for now," Yolanda Everett, Amari's aunt on the boy's father side, told reporters earlier on Tuesday. "And that's why we want to reach out to people everywhere. We do want everyone in the country to know, because it's been six days, and he could be anywhere."

The mother had sole custody of Amari, Everett said.