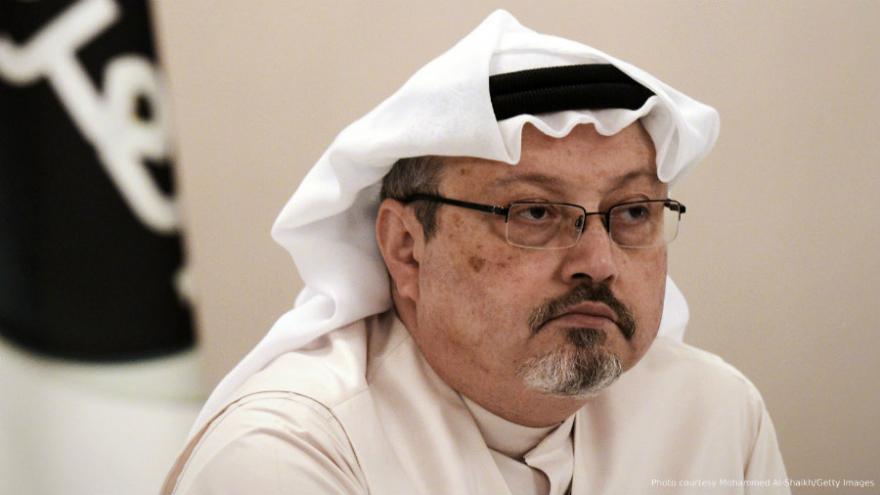 (CNN) -- The body of missing journalist Jamal Khashoggi was cut into pieces after he was killed two weeks ago at the Saudi consulate in Istanbul, a Turkish official told CNN on Tuesday.

The claim, which was first made to the New York Times earlier in the investigation into Khashoggi's fate, comes after Turkish officials searched the consulate for nine hours on Monday night.

Turkish officials have said privately that Khashoggi was killed in the consulate on October 2 after he arrived to obtain papers that would have allowed him to marry his Turkish fiancée, Hatice Cengiz.Saudi Arabia has previously insisted he left the building alive, but Cengiz says she never saw him again.

President Recep Tayyip Erdogan earlier Tuesday said Turkish investigators were looking into "toxic" and "painted over material" as part of their inquiry.

"My hope is that we can reach conclusions that will give us a reasonable opinion as soon as possible, because the investigation is looking into many things such as toxic materials and those materials being removed by painting them over," Erdogan told reporters.

CNN saw a cleaning crew enter the main consulate building on Monday before Turkish officials, including a forensics team, arrived to begin their investigation.

On Friday, a source familiar with the ongoing investigation told CNN that Turkish authorities have audio and visual evidence that showed Khashoggi was killed inside the Saudi consulate.

The evidence, which was described to the source by a Western intelligence agency, showed there had been an assault and a struggle inside the consulate. There is also evidence of the moment that Khashoggi was killed, the source said.

Saudi Arabia has been under intense international pressure to explain Khashoggi's apparent death, which has created a diplomatic rift between Saudi Arabia and the West.

US President Donald Trump dispatched US Secretary of State Mike Pompeo to Saudi Arabia on Tuesday as sources told CNN that the Kingdom was preparing to acknowledge that Khashoggi died at the consulate in Istanbul as a result of an interrogation that went wrong.

The sources said the interrogation was intended to lead to his enforced return to Saudi Arabia.