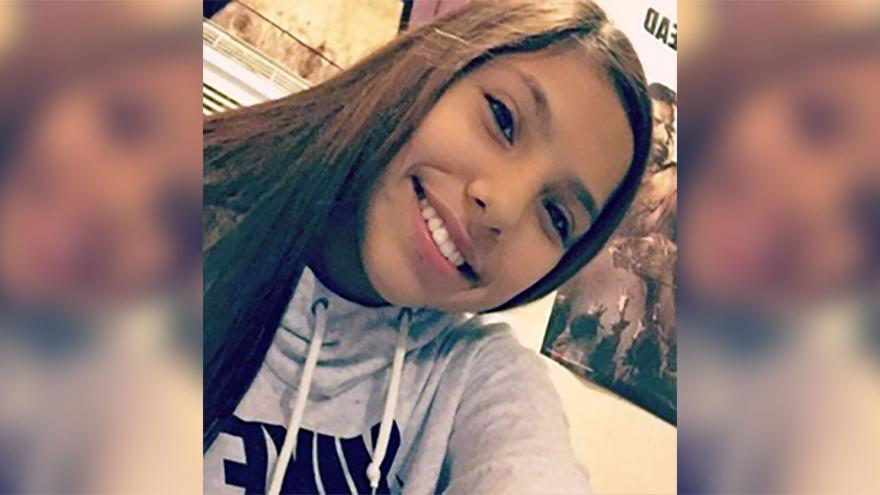 The body of Selina Not Afraid was found near where she was last seen on January 1. Credit: Montana Department of Justice
By Andy Rose and Hollie Silverman, CNN

(CNN) -- The body of a Montana teen missing since New Year's Day was found Monday less than a mile from where she was last seen.

Selina Not Afraid, a 16-year-old member of Crow Nation, was returning to her home in Hardin, Montana, from a holiday party in Billings with friends on January 1, when the car they were traveling in broke down at a rest stop, Big Horn County Sheriff Lawrence C. Big Hair told CNN after the teen disappeared.

After their car broke down, four of Not Afraid's friends left the vehicle for help, leaving her and one other person in the car. The companion told authorities that Not Afraid left the vehicle and climbed over a fence in the area of I-90 between Hardin and Billings, Big Hair said.

Her body was found around 10:30 a.m. local time on Monday by a team from the US Department of the Interior during a systematic grid search near where she disappeared, according to a news release from the Big Horn County Sheriff's Office.

An autopsy will be performed to determine the cause of death, but foul play is not suspected in Not Afraid's death, the release said.

The teen was not dressed for extended exposure to cold weather, according to a notice from the Montana Department of Justice.

Although authorities recovered Not Afraid's purse, her cell phone was missing and not turned on during the initial searches. Officials believed at the time that someone might have picked up her phone and taken it somewhere else, Big Hair said.

Big Hair told CNN affiliate KTVQ Monday night that he had been very close to the location where Not Afraid's body was found during the search for the teen.

"Myself, I went walking there into the night. And I was within 200 yards of her body probably about a week ago," he told KTVQ. "I just took a wrong turn and didn't walk up to where she was at. But I was that close to her body that evening. It's just a big country out here to search."

The Crow Tribe of Indians released a statement from Not Afraid's uncle, Chairman Alvin Not Afraid Jr., confirming that his niece had been found less than a mile from where she was last seen.

"Please let us all learn from such a senseless and tragic loss. No one knows when tragedy will strike," the statement read. "All we can do is keep hope, that those who are able to help, will. If that is what we must rely on, (then) we must learn to further take care of each other, as well as ourselves."

Not Afraid Jr. said that grief professionals will assist students at the school his niece attended. He also thanked the law enforcement agencies, private citizens and other tribal members that searched for Not Afraid.