Body scanners in jails used to find and discard drugs 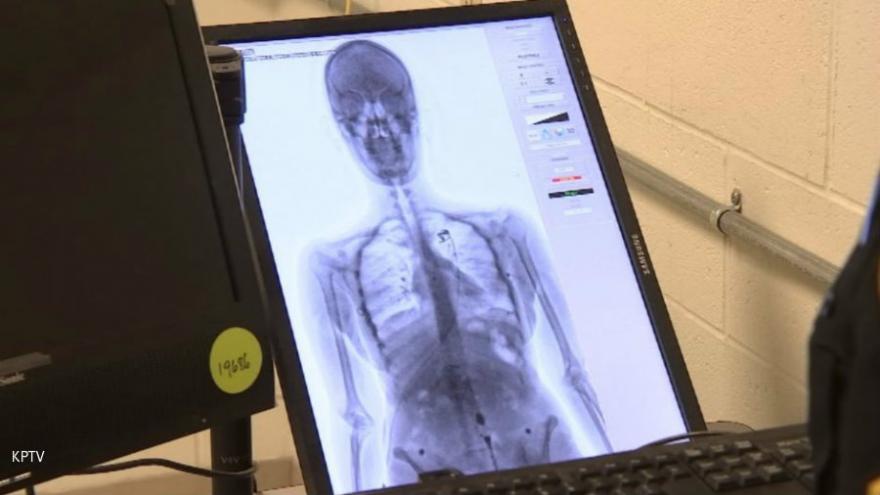 WASHINGTON COUNTY, Or. (KPTV) -- Some Oregon jails are using body scanners to try and make sure drugs don't make their way behind bars.

The one at Washington County Jail has scanned people more than 10,000 times looking for mainly drugs.

"Obviously, a lot of people associate people going to jail with drugs and it's true," Lt. Vance Stimler with the Washington County Sheriff's Office said.

Lt. Stimler said when they purchased the scanner for $160,000 dollars and started using it last August, they were the first jail in Oregon to have one.

"So we've been able to stop a lot of people from bringing drugs in and probably stopped quite a few medical events from occurring, Lt. Stimler. said

He said when someone first comes in, they look for drugs on them. But he said sometimes the drugs end up in places only a scanner can find.

"We catch quite a few different things," he said.

Like in June when deputies suspected 32-year-old Rashel Sutliff of giving drugs to other inmates in the Yamhill County Jail. She was transported to the Washington County Jail where she could be scanned.

The scan showed something inside her lower abdomen. Based on the location, deputies believe she swallowed drugs.

"It's not perfect, but we're catching a lot more than we used to catch and we believe that's reducing the amount of people that will be detoxing, which reduces the chance that someone might go out on an overdose or some other serious medical complication," Lt. Stimler said.

Lt. Stimler said word travels fast and inmates know the scanner works. He said because of that, he's noticed more people giving up drugs before they're scanned.

"We know it works," he said. "We may not catch everything, but we believe that it's making a difference."