Boeing may curb the production of 737 Max airplanes 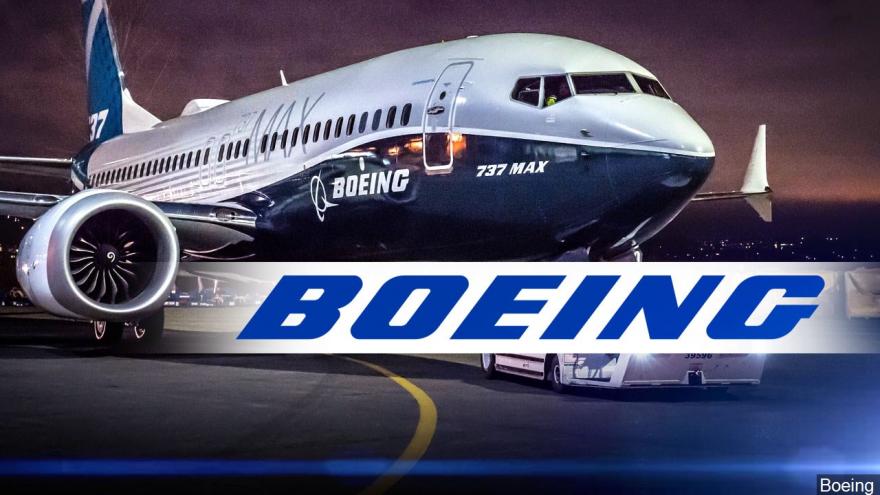 (CNN) -- Boeing is considering curbing production of the troubled 737 Max and could announce the decision as soon as Monday after the US markets close, a source familiar with the decision-making process said.

The company could either suspend production or further reduce the production level, the source said.

"If they make the decision (to suspend) it's just a temporary pause of the line," the source said, adding that the production will eventually resume again.

Boeing CEO Dennis Muilenburg warned in July that Boeing would be forced to consider slowing or shutting its 737 Max production if there were any further delays in winning approval to fly the 737 Max again beyond the fourth quarter.

That delay became apparent at a meeting last week between the Federal Aviation Administration (FAA) and Boeing in which the company said it came away understanding the 737 Max jet would not be cleared to fly this calendar year.

The planes were grounded worldwide in March after two fatal crashes — a Lion Air jet into the Java Sea in October 2018 and an Ethiopian Airlines plane near Addis Ababa in March — killed 346 people.

Boeing has been building 42 737 Max jets a month since the grounding, so as not to cause hardship for suppliers or be forced to lay off workers it will need later. But the company has not been able to deliver the planes. That halt comes at a tremendous cost to Boeing, since it makes most of the revenue it gets for selling a plane once it is delivered.

The company has already said it will take until at least 2021 to deliver all the planes it has built since the grounding, since airlines won't be ready to accept hundreds of additional planes at once. Regulators also have to inspect each aircraft, adding to the delay.

One expert, Cowen aerospace analyst Cai von Rumohr, said last week that it could take until the middle of 2022 for Boeing to deliver its backlog of planes.

The Wall Street Journal, which first reported that Boeing was weighing cutting or suspending 737 Max production, said Boeing management increasingly sees pausing production as the most viable among the options facing Boeing's board, which began meeting in Chicago on Sunday.

In a statement to CNN Business, Boeing said only that it continues to "to work closely with the FAA and global regulators towards certification and the safe return to service of the Max."

"We will continue to assess production decisions based on the timing and conditions of return to service, which will be based on regulatory approvals and may vary by jurisdiction," the company said.

Congress also heard last week from a Boeing whistleblower who worked on the 737 Max and had urged managers to shut down the production line because of mistakes and cut corners. He said his recommendations fell on deaf ears.

An FAA analysis dated December 2018 — weeks after the first crash — predicted there would be more than 15 additional fatal crashes of the Max over its lifetime. That document was made public at a House Transportation Committee hearing on Wednesday.

The federal agency did not ground the planes until after a second crash.

"The FAA rolled the dice on the safety of the traveling public," committee Chairman Peter DeFazio said at the hearing.

Defending the agency's decision making, FAA Administrator Stephen Dickson said "any indication that any level of accidents are acceptable is not reflective of the 45,000 dedicated professionals at the FAA."

-- Chris Isidore contributed to this report.