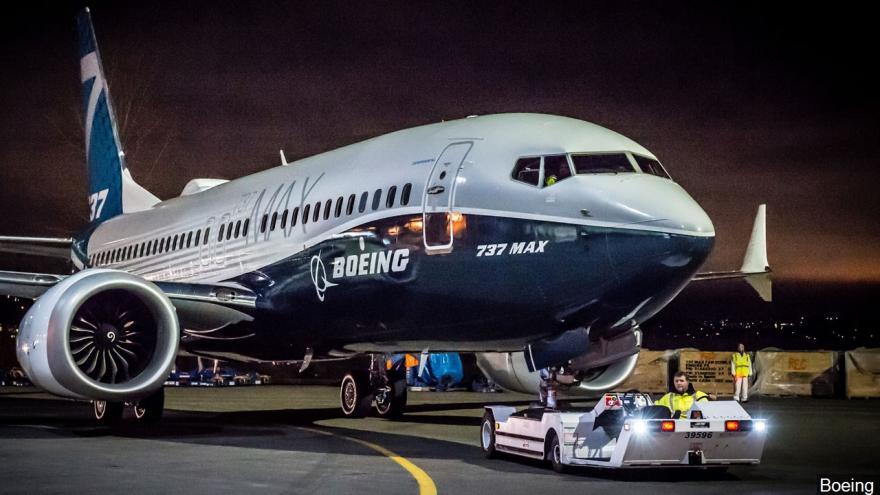 (CNN) -- Boeing will begin to pay $50 million in financial assistance to the families of more than 300 victims of the two 737 Max crashes, the company announced Monday.

The Boeing Financial Assistance Fund set aside for the victims' relatives is half of a $100 million pledge "to address family and community needs of those affected by the tragedies," announced in July.

Boeing said the other half of the fund will support education and economic empowerment in impacted communities.

The money works out to $144,500 to the families of each of the 346 victims of the Lion Air Flight 610 and Ethiopian Airlines Flight 302, which crashed just months apart, according to Reuters.

In July, Boeing hired attorney Kenneth Feinberg and his colleague, Camille Biros, to come up with a formula to determine how the money is allocated among the grieving families.

The company's CEO Dennis Muilenburg said the opening of the fund "is an important step in our efforts to help affected families."

"The recent 737 MAX tragedies weigh heavily on all of us at Boeing, and we continue to extend our deepest sympathies to the families and loved ones of all those on board," Muilenburg said in a statement.

But news of the fund has not gone down well with many of the victims' relatives.

Bob Clifford, who represents dozens of families affected by the March 2019 Ethiopian Airlines crash, told CNN Business earlier this month that the compensation offer from Boeing was "disingenuous" and "vague."

"Half of the fund for relief is a problem," he said in a July statement. "Even giving Boeing its due, it missed its mark because they added a new layer of confusion to expedient and efficient relief to these families."

Clifford added that if Boeing "wanted to give real relief to the families, they should work with the insurance partners of Ethiopian Airlines to expedite payments to the families."

"Instead, they are now making it harder," he said.

Michael Stumo, the father Samya Stumo who was killed in the Ethiopian Airlines crash, told Congress in July that Boeing's initial announcement "seemed like a PR stunt to us."

A Boeing spokesperson said in July that people who accept funds will not be required to give up the right to pursue legal action against the company. The spokesperson declined further comment on Boeing's ongoing lawsuits.

Boeing's 737 Max jets were grounded worldwide in March after Ethiopian Airlines Flight 302 crashed shortly after takeoff, killing all 157 people on board. It came five months after the crash of Lion Air Flight 610, also a 737 Max, in October 2018. All 189 people on board were killed.

The company is facing multiple lawsuits and federal investigations related to the 737 Max, and it is unclear when the aircraft, which is Boeing's top-selling plane, will be cleared to fly again.

Speaking to an investors conference earlier this month, Muilenburg said that the 737 Max's return could come in phases. "I think a phased un-grounding of the airplane among regulators from around the world is a possibility," he said.

Federal Aviation Administration chief Stephen Dickson said Thursday that if other countries weren't prepared to un-ground when the FAA is, "it may get to the point where we have to make our own decision."

The company has expressed hope the plane will be cleared for flight early in the fourth quarter, which begins in October.