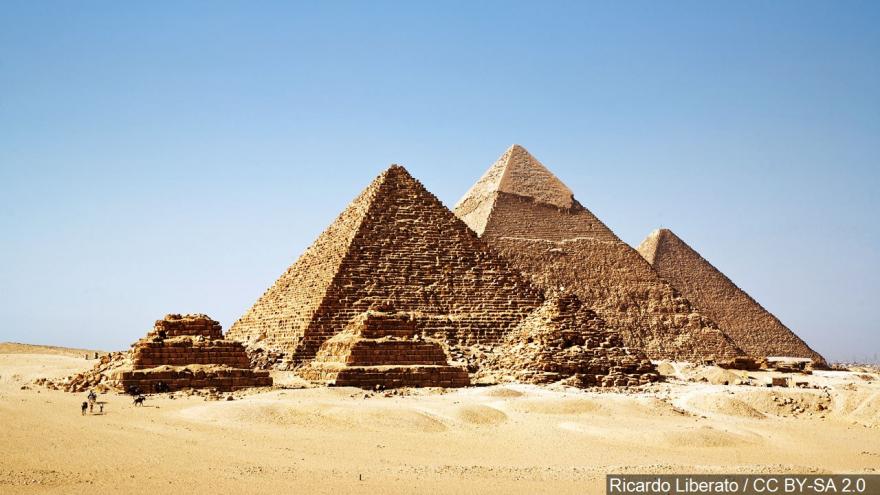 They say Sunday's blast wounded at least 16 people, including tourists.

The officials spoke on condition of anonymity because they weren't authorized to brief media.

Egypt has battled Islamic militants for years in the Sinai Peninsula in an insurgency that has occasionally spilled over to the mainland, hitting minority Christians or tourists.

The attack comes as Egypt's vital tourism industry is showing signs of recovery after years in the doldrums because of the political turmoil and violence that followed a 2011 uprising that toppled former leader Hosni Mubarak. It is the second to target foreign tourists near the famed pyramids in less than six months.