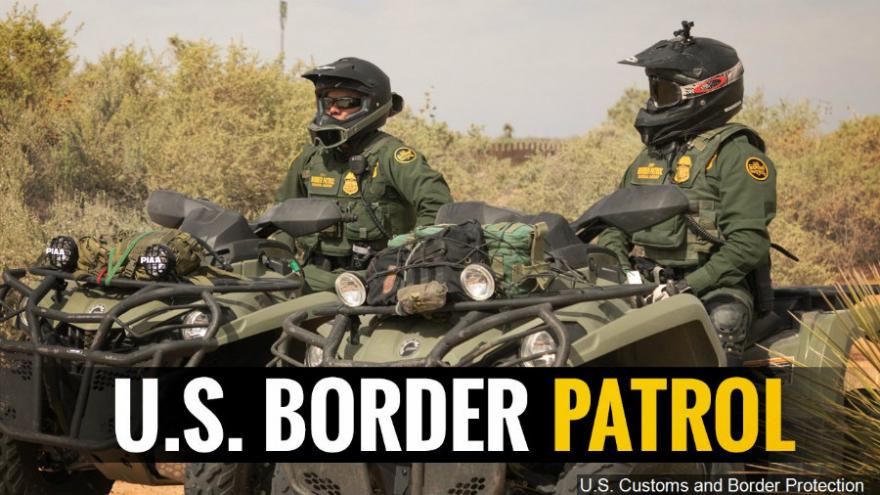 (CNN) -- Far from ground zero in the Trump administration's crackdown on illegal immigration along the southern border, US Customs and Border Protection checkpoints on highways in Maine and New Hampshire are catching the eye of civil liberties groups.

On Interstate 95 near the remote northern Maine town of Lincoln this week, the Border Patrol said it made nine drug seizures and two arrests for immigration violations during an 11-hour checkpoint operation in which agents asked motorists about their place of birth and citizenship status.

The federal agency -- one of several at the center of a growing humanitarian crisis involving 2,300 children separated from their parents at the Mexico border -- said in a statement that Wednesday's checkpoint in Maine was "a means of preventing smuggling organizations from exploiting existing transportation systems to travel to the interior of the United States."

Customs and Border Protection says the US Supreme Court has affirmed the agency's ability to ask motorists' citizenship status, even if they have no suspicion. Agents use training and questions to make decisions about a traveler's citizenship or residency, it said.

"Travelers have the right to remain silent," it said in a statement. "Travelers who cooperate are passed through quickly, unless the agent suspects they are in violation of federal law. Travelers who refuse to cooperate may be referred to a secondary examination area to allow agents to conduct additional questioning to determine the traveler's citizenship or residency."

Armed with search authority to conduct immigration checks within a "reasonable distance" of 100 air miles from US land borders and coastlines, the Border Patrol also set up a checkpoint last weekend on Interstate 93 near Woodstock, New Hampshire.

The June 15-17 operation resulted in the arrests of five undocumented immigrants from Brazil, China, Ecuador, El Salvador and Mexico as well as the seizure of drugs, according to Customs and Border Protection.

The American Civil Liberties of New Hamphire has said there have been been a handful of Border Patrol checkpoints on I-93 in Woodstock -- about 90 miles from the Canadian border -- since last summer, CNN affiliate WMUR reported. There had been no such checkpoints there in more than five years.

"Immigration police in this country are emboldened," Gilles Bissonette, legal director of the ACLU of New Hampshire, said in statement after 17 people were arrested during a Memorial Day weekend operation. "We're seeing it not only nationally, but right here in New Hampshire."

The actions of the federal agency in the area also came under scrutiny earlier this month when a Maine bus company employee told a group of passengers they had to be US citizens to ride a bus. A Border Patrol agent had inquired about the citizenship of the passengers.

The ACLU in Maine, New Hampshire and Vermont filed suit in May against US Department of Homeland Security, Customs and Border Protection and the Immigration and Customs Enforcement, seeking records on Border Patrol checkpoints and bus raids, ICE arrests at courthouses and what it said were the targeted arrests of immigrants' rights activists.

"New England residents have a right to know what federal agents are doing in their communities and to demand accountability for their actions," ACLU Vermont staff attorney Lia Ernst said in a statement at the time.

The bus incident, which happened on Memorial Day in Bangor, was captured in cell phone video recorded by a Massachusetts man, Alec Larson. He was asked about his citizenship at the bus terminal as he and his girlfriend were boarding a Concord Coach Lines bus for the trip home to Boston.

The bus employee was mistaken, an executive with Concord Coach Lines said later.

Border Patrol can ask you if you're a citizen of the United States, but, depending on the situation, you don't have to answer the question, according to the ACLU.

Two-thirds of the US lives inside this so-called 100-mile border zone, which includes many major cities and several entire states, including Florida, Michigan, Maine and Hawaii, according to the American Civil Liberties Union.

Border Patrol checks within the 100-mile zone are getting more attention lately as the Trump administration ratchets up its crackdown on illegal immigration.

Larson's video was widely circulated online after a Facebook post from the ACLU of New Hampshire in which Bissonnette blasted the agents' actions.