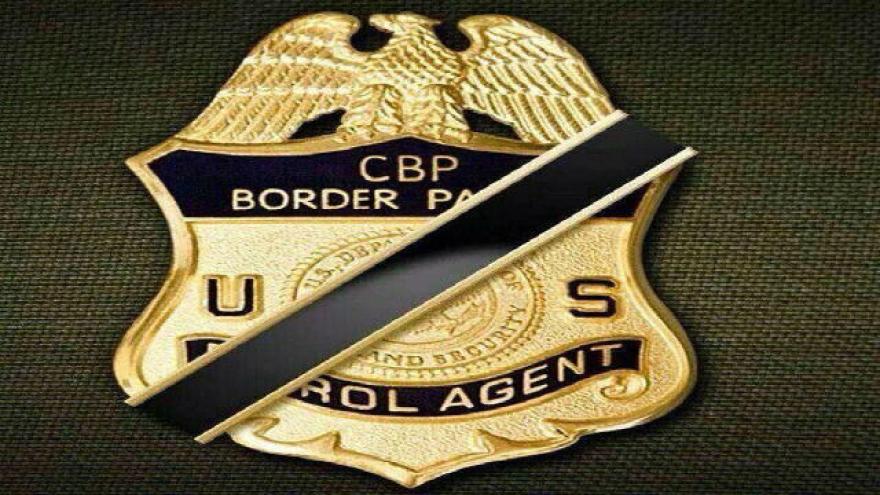 A Border Patrol agent died Sunday morning from injuries he suffered while on patrol in southwest Texas, the US Customs and Border Protection said. Photo courtesy CBP

(CNN) -- Details remain scant in what the FBI describes as a "tragic incident" that left one Border Patrol agent dead and another in serious condition.

The FBI said both men were found injured late Saturday in a culvert area -- a tunnel structure used for water drainage -- in southwest Texas.

Rogelio Martinez, 36, died from his injuries at a hospital Sunday morning. His partner, who hasn't been identified, remains hospitalized in serious condition.

The two Border Patrol agents suffered traumatic head injuries and other wounds such as broken bones, according to the FBI, which is leading the investigation. The results of Martinez's autopsy are pending.

Although there hasn't been an explanation of what happened, Texas politicians -- including Gov. Greg Abbott and Sen. Ted Cruz -- have described the incident as an "attack." Chris Cabrera, a spokesman for the National Border Patrol Council, described the incident as an "ambush." And President Donald Trump said the injured agent had been "brutally beaten" as he called again for the construction of a wall between the US and Mexico.

But in Culberson County, where the two officers were injured, the local sheriff painted a different picture, suggesting to the Dallas Morning News that investigators are considering the possibility that the agents fell into the culvert in a nighttime accident.

"The evidence is not obvious as to what happened out there," Sheriff Oscar Carrillo told the paper.

Emmerson Buie Jr., the special agent in charge of the FBI's El Paso division, said on Tuesday the agency is investigating a "potential assault on a federal officer."

"If the facts support that, then we would pursue it legally," he said. "If they support that the incident was caused by something else, then we'll present that."

Martinez and his partner had been on patrol near Interstate 10 in the Big Bend Sector, which runs along the US-Mexico border, when they responded to activity, US Customs and Border Protection said. CBP officials would not say what type of activity.

After they responded, Martinez's partner reported that they were both injured and needed help, according to CBP. They were found about 12 miles east of the town of Van Horn at 11:20 p.m. Saturday, according to the FBI.

A Customs and Border Protection spokesman said Martinez had not been shot.

He had been a border patrol agent since 2013, officials said.

"We're celebrating him. Remembering who he was and all those good memories that we have of him. The strong person he was," Rosie Esteban, a close friend, told the station.

"This has been a sad week for our nation, for the CBP family and specifically for the agents of the US Border Patrol," Velasquez told reporters.

Martinez had planned a get together at his El Paso home to watch his Raiders play the New England Patriots in Mexico City on Sunday, his father Jose Martinez told the El Paso Times.

Martinez told the paper his son's head was "destroyed."

"I would tell him, 'Son, that job is too dangerous.' But he would say, 'Dad, it's the job I like. I want to defend my country from terrorists ... I want to prevent terrorists and drugs from coming into the country,'" Jose Martinez told the paper.

Law enforcement has not explained the exact cause of Martinez's injuries.

Even so, President Donald Trump cited the incident as a reason why the US needs to build a wall along the border with Mexico.

"As you heard, we lost a Border Patrol officer just yesterday and another one was brutally beaten and badly, badly hurt," Trump said Monday. "It looks like he'll make it, but very badly hurt."

On Sunday, Trumped had tweeted, "We will seek out and bring to justice those responsible. We will, and must, build the Wall."

Cabrera, the union spokesman, said that Martinez was the first to arrive at the site of the reported activity. His partner arrived minutes later to find Martinez unconscious -- apparently after being struck multiple times, possibly with a rock, according to Cabrera. Responding agents found both officers incapacitated.

"It was a brutal attack," said Cabrera, speculating. "This was something well thought out and planned. They executed their plan."

Cabrera said the surviving Border Patrol agent is having trouble remembering the incident.

On Monday, Abbott's office announced a reward of up to $20,000 through Texas Crime Stoppers for information leading to the arrest and conviction of whoever killed Martinez and wounded his partner.

He tweeted: "I'm offering a reward to help solve this murder of a Border Patrol Agent in Texas. Help us catch this killer."

Texas Sen. Ted Cruz said the attack was "a stark reminder of the ongoing threat that an unsecure border poses to the safety of our communities and those charged with defending them."

Mexico expressed its regret regarding the incident, its willingness to collaborate with the US Department of Homeland Security and condolences to the families of the two agents.