Boris Johnson announces the end of Covid restrictions in England 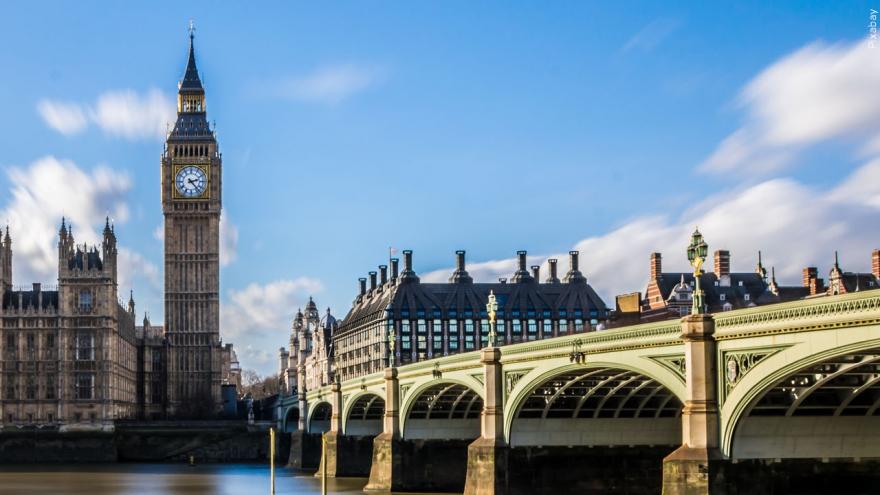 (CNN) -- A day after it was announced that Queen Elizabeth II has tested positive for Covid-19, UK Prime Minister Boris Johnson has unveiled plans to end self-isolation rules and the provision of free coronavirus tests in England.

Speaking in parliament on Monday, Johnson outlined England's roadmap to ending all legal restrictions and start "living with Covid". The other three nations of the United Kingdom, Scotland, Wales and Northern Ireland, have the devolved authority to implement their own rules.

While the PM hailed the end of restrictions, he and other UK officials made clear that the pandemic is not over.

"Covid will not suddenly disappear," Johnson said, so the government will continue to monitor for new, more dangerous variants and keep certain infrastructure in place to identify any mutations of the virus.

Johnson opened his statement by wishing the Queen a speedy recovery from Covid-19. He said it was "a reminder that this virus has not gone away," but said it was time to "move from government restrictions to personal responsibility."

The 95-year-old sovereign -- who is celebrating her 70th year on the throne -- is experiencing mild cold-like symptoms but expects to continue light duties at Windsor over the coming week, Buckingham Palace announced on Sunday.

Restrictions to be phased out

The end of restrictions in England will happen in phases, and is subject to approval in parliament.

The legal requirement to self-isolate after testing positive for Covid-19 will end on February 24, though government advice that people should isolate following a positive test will stand.

People who have come into contact with someone who has tested positive will no longer be traced.

As a result of the changes, the government will remove some of the financial support which has been on offer for those who are unable to work from home if they test positive from March 24.

And as of April 1, the government will no longer provide free rapid tests for the public, though they did not say how much a packet of seven tests would cost.

From this point, testing will be far more targeted -- in environments such as hospitals, care homes and other settings where vulnerable people may come into contact with the virus.

Johnson also said that at this point, the government would no longer require people to carry Covid status certification domestically in England. Many lawmakers from the PM's Conservative party had been deeply uncomfortable with the idea of vaccine passports.

The government made clear on Monday that there is no scientific evidence that Covid-19 has gone from being a pandemic to endemic, nor that any new mutations will be less severe. Therefore certain protection measures will remain in place.

Central government will continue a domestic surveillance system that tracks the spread of the virus and sequencing that might catch any new variants. The infection survey carried out by the Office For National Statistics will continue.

Laboratory infrastructure developed during the pandemic for testing and monitoring new variants will remain in place should the virus spread once again, and rapid lateral flow tests will also be stockpiled.

The government will continue its vaccination program and will update its advice on vaccinations should scientific evidence suggest it would be effective in the future.

Johnson has faced calls from his Conservative backbenchers to remove Covid-19 restrictions for months. He resisted doing so earlier in the pandemic, but a recent series of scandals -- which have seen the police investigating whether he and his staff broke their own lockdown rules -- has heaped further political pressure on him.