Boris Johnson could be forced out as UK Prime Minister 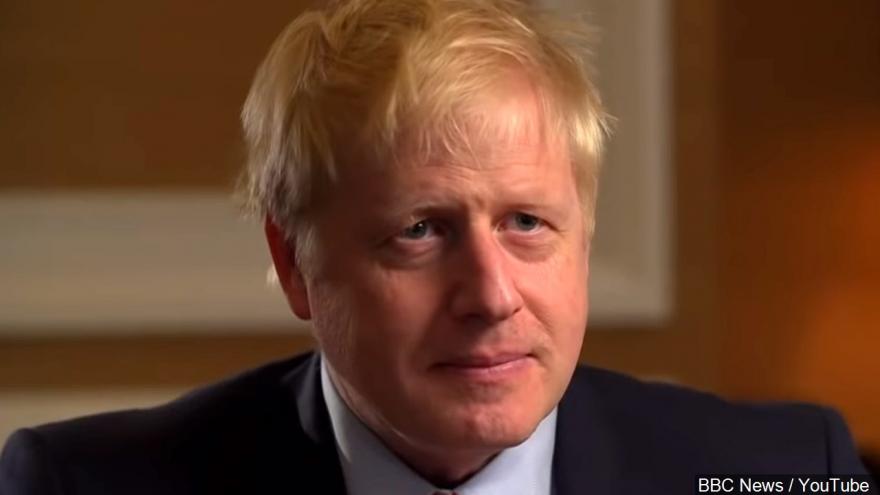 By Bianca Britton, CNN
(CNN) -- British Prime Minister Boris Johnson could be forced out of office next week as opposition lawmakers try to join forces to replace him with an interim administration in order to secure another Brexit delay.

Senior Scottish National Party (SNP) MP Stewart Hosie told the BBC on Saturday there was a real chance a House of Commons no confidence vote could take place in the government next week. If Johnson lost that vote, he could be replaced as PM by Labour leader Jeremy Corbyn for a short period of time.

Corbyn himself is a divisive opposition leader, having faced criticism for his vague Brexit stance and failure to stamp out anti-Semitism in the Labour Party. His approval rating of minus 60 points makes him the least popular of any opposition leader on record, and support for Labour is stuck in the mid-20s -- well short of the level required to win a majority in the UK Parliament.

Hosie warned that sending Corbyn to Downing Street may be the only way to ensure the UK does not crash out of the European Union on October 31.

For a vote of no confidence to succeed in Parliament, all opposition parties would need to support it.

"We have to do that because there is now no confidence that the Prime Minister will obey the law and seek the extension which Parliament voted for only a few weeks ago," Hosie told the BBC.

Johnson has consistently used the controversial phrase "surrender act" to describe the legislation that Parliament passed to prevent a no-deal Brexit, which requires him to ask for an extension if he cannot get a new deal with the EU by October 19.

Johnson has said he calls the law "surrender act" because it was "intended to damage this country's negotiation position."

"It would oblige us to stay in the EU for month after month at a cost of a billion pounds per month, it would take away from this country the ability to decide how long that extension would be, and it would give that power to the EU, it would absolutely undermine our ability to continue to negotiate because it takes away our ability to walk away from the negotiation," Johnson said.

While the SNP's Hosie suggested that the interim administration could be led by Corbyn, he acknowledged that the Liberal Democrats and many Conservative rebels who had the whip withdrawn have made it clear they would not put the Labour leader into Downing Street -- even if it was for a short period.

However, Hosie warned it may be lawmakers' only choice if they're serious about blocking a no-deal Brexit.

"If we are serious about the extension that is the only game in town," Hosie said. "This is a short term procedure in order to get the extension to Article 50 and then to have an election.

"[The Liberal Democrats] need to stop playing political games [and] get on board with everyone else. If this is the only game in town, they need to play it or nothing," he added.

Corbyn said Saturday that he had a "productive meeting" with opposition parties on Thursday, according to PA. The Labour leader reiterated to reporters that "our priority, all of us, is to prevent a no-deal exit from the European Union on the 31st."