Boris Johnson moved to ICU after hospitalization with coronavirus symptoms 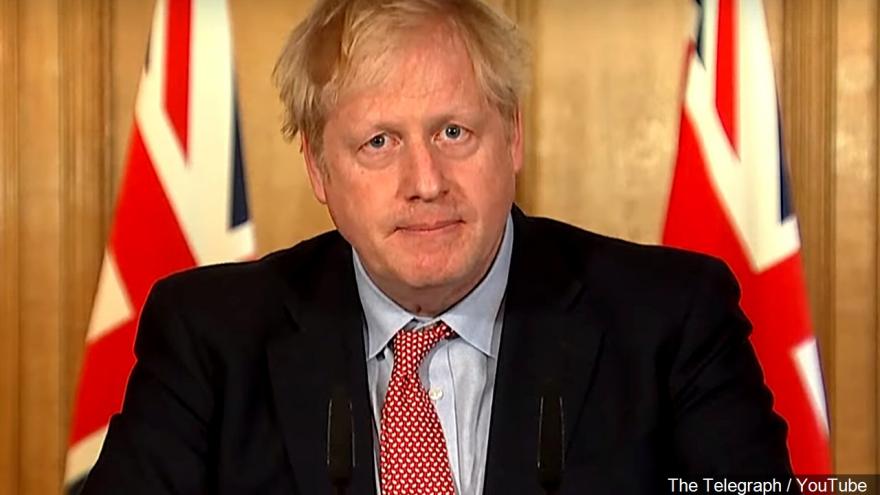 (CNN) -- British Prime Minister Boris Johnson has been moved to the intensive care unit of a London hospital, after being hospitalized on Sunday for persistent coronavirus symptoms.

"Over the course of this afternoon, the condition of the Prime Minister has worsened and, on the advice of his medical team, he has been moved to the Intensive Care Unit at the hospital," said a spokesman.

"The PM has asked Foreign Secretary Dominic Raab, who is the First Secretary of State, to deputise for him where necessary," he added.

Downing Street has previously said Raab would stand in if the Prime Minister were unable to lead the country.

The Prime Minister's spokesperson had said on Monday that Johnson had a "comfortable" night at St Thomas' Hospital, across Westminster Bridge from Downing Street, and is in "good spirits." The spokesperson would not comment on reports Johnson was given oxygen, but officials are no longer describing his symptoms as mild.

Monday's regular morning briefing on coronavirus was chaired by foreign secretary, Dominic Raab, the most senior Cabinet minister after Johnson.

In a post on Twitter, Johnson had said he was keeping in touch with his team and thanked staff at Britain's National Health Service for taking care of him.

The communities secretary, Robert Jenrick, said earlier that Johnson was able to continue running the country despite being hospitalized.

"I know for him personally it will be very frustrating that he's had to go to the hospital to have these tests, and he'll want to be back in Number 10 (Downing Street ) leading from the front, which is his way," Jenrick told the BBC's Today program on Monday morning.

Johnson was taken to hospital at about 8 p.m. on Sunday evening, 10 days after first being diagnosed. "This wasn't an emergency admission, it was a planned admission, in order to have some routine tests," Jenrick said. "Those tests are underway and he'll stay in hospital as long as he needs to do that. But I've heard that he's doing well, and I very much look forward to him being back in Number 10 as soon as possible."

When asked if the Prime Minister would spend more nights in the hospital, Jenrick said, "He'll obviously take the advice from the doctors and nurses in the hospital who are doing those tests. Throughout this, he's taken the advice and followed the guidelines."

US President Donald Trump expressed sympathy, calling Johnson "a strong man and a strong person." In a news conference Sunday night, President Trump said: "I want to express our nation's well wishes to Prime Minister Boris Johnson as he wages his own personal fight with the virus."

"All Americans are praying for him. He's a friend of mine, he's a great gentleman and a great leader."

Downing Street on Sunday insisted Johnson's hospital admission was a "precautionary step" taken because he had "persistent symptoms " ten days after testing positive for coronavirus.

Johnson, 55, announced that he had tested positive for the virus on March 27, describing a cough and a fever in a video posted to Twitter. In an update on Friday, Johnson said that he continued to experience a temperature.

His pregnant partner, Carrie Symonds, has also experienced Covid-19 symptoms, and said over the weekend that she is "on the mend."

Johnson's secretary of state for health, Matt Hancock, also said on March 27 he had the virus, and the UK's chief medical officer, Chris Whitty, announced that he would begin self-isolation after displaying symptoms.

The UK had faced criticism for its slow response to the coronavirus, with Johnson still shaking hands of patients with the virus in hospital just a few weeks ago.