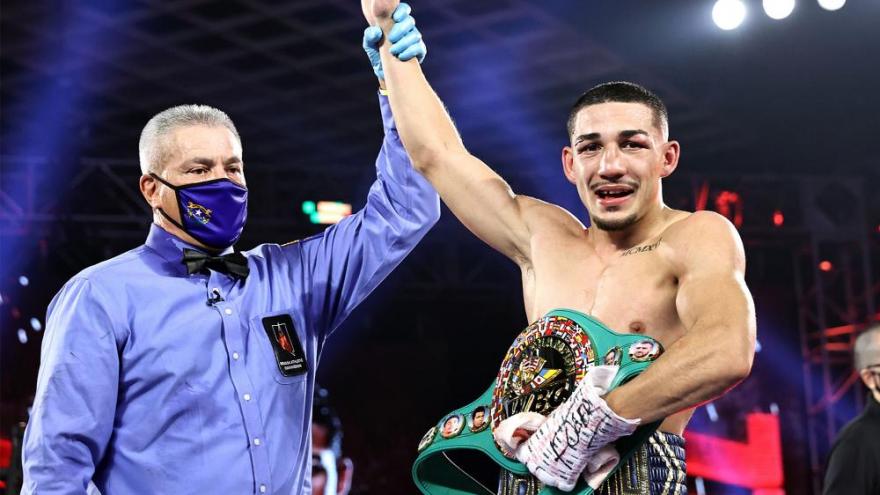 (CNN) -- Teófimo López Jr. solidified his place in boxing's pantheon by becoming the youngest four-belt champion in the history of the sport.

The fight went 12 tough rounds at the MGM Grand Conference Center, but in the end it was López who prevailed.

Mike Tyson even took notice of the young boxer on Twitter praising López as the "man to beat."

"I'll take one to give one. That's what a true champion does. I find a way to win."