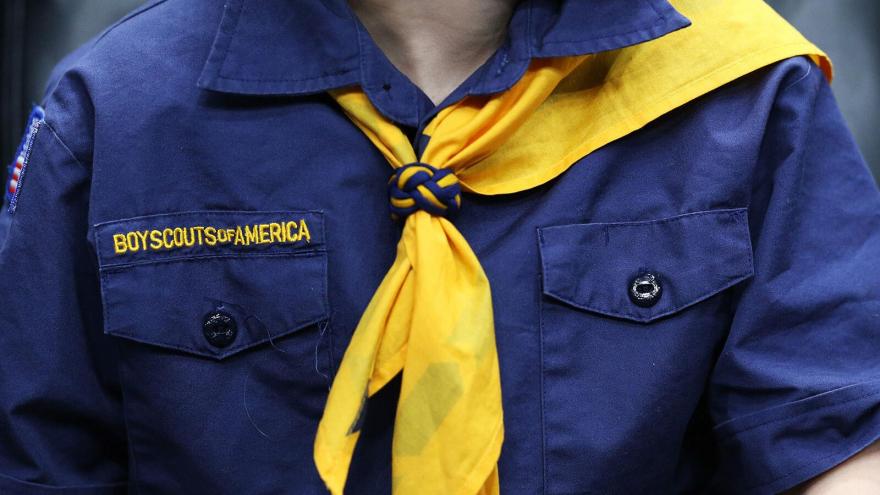 (CNN) -- The Boy Scouts of America has reached an $850 million settlement with sexual abuse victims amid bankruptcy proceedings and allegations of widespread abuse within the group, it said in news release.

The deal is among the largest single settlements of sexual abuse claims in US history.

Under the agreement, BSA will pay up to $250 million in value to a trust fund that will compensate survivors of abuse. The other $600 will come from local councils.

Additional negotiations with sponsoring and chartering organizations that "have billions of dollars in legal exposure" are planned, said Ken Rothweiler, whose Philadelphia law firm represented more than 16,000 survivors.

"This significant step toward a global resolution benefits the entire Scouting community, as this agreement will help local councils make their contributions to the Trust without additional drain on their assets, and will allow them to move forward with the national organization toward emergence from bankruptcy," BSA said in its release.

Noted Rothweiler: "I am pleased that both the BSA and their local councils have stepped up to be the first to compensate the survivors."

BSA filed for bankruptcy in February 2020 as hundreds of sexual abuse lawsuits were filed across the country. The organization months later faced at least 92,700 claims of sexual abuse by former scouts, a lead attorney for claimants told CNN just after the bankruptcy court's claim deadline passed.

The youth organization, which celebrated its 110th anniversary last year, listed liabilities of between $100 million and $500 million and estimated assets of $1 billion to $10 billion.

"The Boy Scouts of America filed for Chapter 11 bankruptcy to achieve two key imperatives: equitably compensate survivors who were harmed during their time in Scouting and continue to carry out Scouting's mission for years to come," the organization previously said in a statement.

Other institutions facing lawsuits related to sexual abuse claims have agreed in recent years to massive settlements. Payouts by Catholic Church entities involved in clerical sex abuse claims have reached into the billions of dollars combined.

The University of Southern California agreed pay a record-setting $1.1 billion over sexual abuse allegations against a former campus gynecologist, including one $852 million settlement. Michigan State University agreed to pay $500 million to settle lawsuits brought by 332 victims of a former associate professor and doctor.