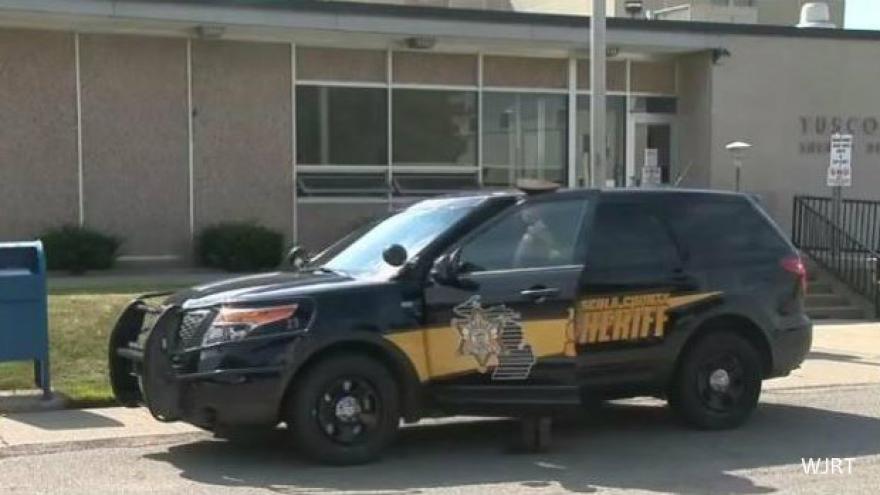 TUSCOLA TOWNSHIP, Mich. (WJRT) -- Police arrested a 21-year-old Vassar man on Monday afternoon after a 2-year-old boy allegedly under his care was found wandering in a neighborhood.

Residents on Byron Drive just outside the city of Vassar in Tuscola Township called 911 around 12:45 p.m. after finding the boy alone in the neighborhood and not dressed appropriately for cold weather.

Authorities were not sure how long the boy had been alone outdoors.

The Tuscola County Sheriff's Office took custody of the boy and attempted to locate his guardians in the area, but they were not successful. Police called the Michigan Department of Health and Human Services to assist.

Meanwhile, information about the boy's missing guardians had been posted on Facebook. His mother saw the post and contacted police to claim him.

The mother told police she had left the boy in the care of her boyfriend about three hours before he was found while she went to work.

During the investigation, police noticed a car driving by slowly and apparently looking for the boy. However, the man inside, who was later identified as the boyfriend, did not stop or attempt to contact police.

The boyfriend was arrested for second-degree child abuse and taken to the Tuscola County Jail on Monday. He posted bond and was released pending arraignment.

The boyfriend's name was not released because he had not been arraigned.