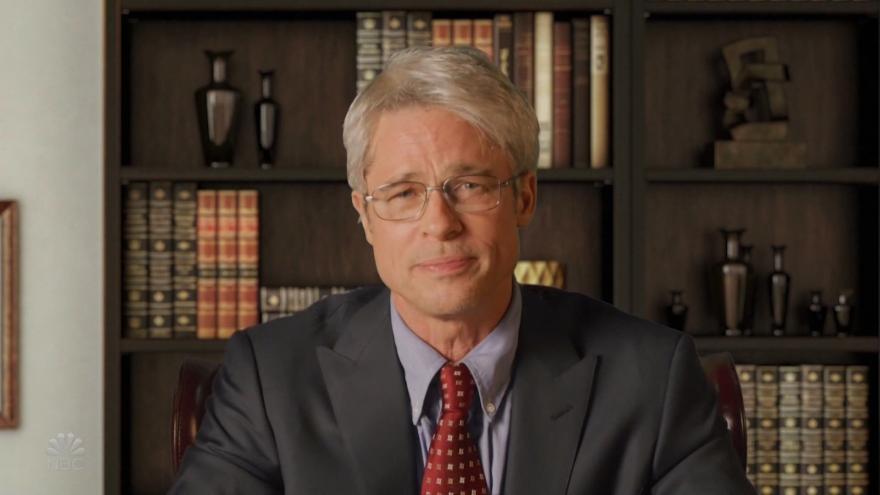 The actor on Tuesday scored an Emmy nomination in the outstanding guest actor in a comedy series category for playing Fauci on "Saturday Night Live," a role that came to fruition after Fauci made a public casting suggestion.

Pitt appeared as Fauci in an April episode of the NBC sketch series, which was for the last three episodes of the season produced remotely because of the coronavirus pandemic.

Earlier that month, Fauci, 79, was asked by CNN's Alisyn Camerota on "New Day" who he'd like to play him on "Saturday Night Live," to which Fauci responded, "Brad Pitt, of course."

"I think he did great," he said. "I mean, I'm a great fan of Brad Pitt, and that's the reason why when people ask me who'd I like to play me I mention Brad Pitt because he's one of my favorite actors. I think he did a great job."

In his appearance as Fauci, Pitt briefly broke character to deliver a message to the real-life doctor and immunologist and other health care professionals who have been guiding the country's handling of the pandemic.

"And to the real Dr. Fauci, thank you for your calm and your clarity in this unnerving time," Pitt said. "And thank you to the medical workers, first responders and their families for being on the front line."