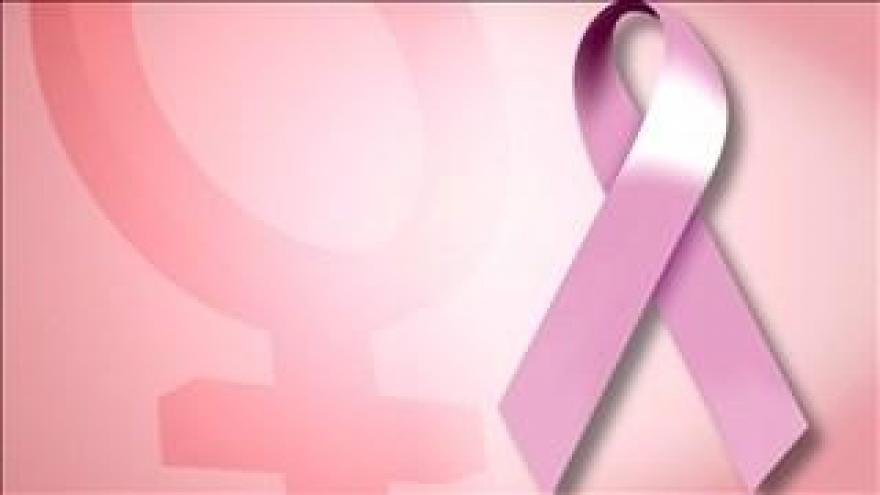 (CNN) -- The current guidelines for genetic testing of breast cancer patients limit the number of women who can get tested. Because of these restrictions, these tests miss as many patients with hereditary cancers as they find, according to a study published Monday in the Journal of Clinical Oncology.

The result: Patients without genetic test results might not receive the appropriate treatment for their cancer, which could be a matter of life or death.

Approximately 330,000 patients are diagnosed with breast cancer every year in the United States and of these cases, an estimated 10% are likely due to hereditary causes, according to Beitsch.

The guidelines are two decades old

The guidelines for the genetic testing of breast cancer patients were established about 20 years ago by the National Comprehensive Cancer Network, a nonprofit alliance of 28 cancer centers dedicated to improving patient care, explained Beitsch, who is a co-founder of the TME Breast Care Network, a nonprofit focused exclusively on advancing treatment for breast cancer patients.

"Back then we tested for two genes, BRCA1 and BRCA 2," said Beitsch. BRCA 1 and BRCA 2 are tumor suppressor genes that everyone has; if a defect or mutation occurs in one or both of these genes, the likelihood of breast cancer is increased. "Genetic testing was incredibly difficult to do and expensive; it cost about $5,000 to just test the two genes," he explained. The guidelines, then, "originated really as an economic roadblock to try to decrease the overall cost of health care in America," he said.

Since then it has become known that 11 "major" gene mutations, including BRCA 1 and BRCA 2, can cause breast cancer, while 25 or 30 other genetic variants are also linked to the disease, said Beitsch.

Meanwhile, genetic testing "radically changed. It went from a difficult-to-do, and expensive, test to a quite inexpensive test," said Beitsch. "The cost dropped from, say, $5,000 for two genes to now we're doing 80 genes for about $250."

While the guidelines also evolved, they "got incredibly complicated," he said: "unusable."

So Beitsch and his colleagues set up a study to look at nearly a thousand female breast cancer patients, half who met the criteria set forth in the National Comprehensive Cancer Network guidelines, the other half who did not. Among 959 study participants, all underwent a full panel of DNA testing for hereditary breast cancer.

The results showed that 83 women or 8.65% of the total participants, had breast cancer-linked genetic defects. Of these, 45 women met the National Comprehensive Cancer Network's criteria for testing, while 38 women did not. Ordinarily, then, these 38 women would not have been tested.

Genetic testing may be a matter of life or death

Many women who have breast cancer do not meet the criteria under the current National Comprehensive Cancer Network guidelines, said Beitsch, and this affects their treatment and, potentially, their survival.

Dr. Otis Brawley, a professor in the department of Hematology and Medical Oncology at Emory University School of Medicine, explained that when a patient with a BRCA 1 or BRCA 2 mutation is diagnosed, "We treat them differently from a person with no known mutation." For example, surgical decisions and the use of chemotherapy might be based on whether a woman has a genetic mutation.

"Over the past 20 years we are learning of a number of genes that can have a mutation. Some change our treatment," said Brawley, who was not involved in the new study.

"There's no question we don't test the people we know should be tested," including some patients with a "family history that has cancer written all over it. Unfortunately, too many professionals don't pay attention," said Lichtenfeld, who did not contribute to the new research. One study, for example, suggests that fewer than one in five people who meet National Cancer Comprehensive Network criteria and have a history of breast cancer have actually undergone genetic testing.

"Then there's the group of people without a family history who want to get tested," he said.

Will we all be routinely tested in the future?

A 2016 survey suggests that more than half -- 56% -- of American adults would be interested in taking a genetic test that indicated the likelihood of their developing cancer. The 30 to 64 age group had the highest proportion of willing people: 63% said they'd take a cancer predicting genetic test.

Despite public interest and increasing knowledge of potential causes of cancer, insurance plans do not routinely cover the expense of medical genetic testing, said Lichtenfeld. And barriers exist even for those who most need to know the results of such tests, such as some women who have been diagnosed with breast cancer, he said: "Once [a woman] is diagnosed, unless she has a family history, a lot of payers, including Medicare, will not pay for the test."

Some patients pay for the testing on their own, but this is not possible for all patients. And some patients may be unaware of the need for medical genetic tests because the guidelines do not recommend they get it.

Since genetic tests are now relatively inexpensive, the reason for creating an "economic roadblock" no longer exists, Beitsch said, and so the guidelines should "be wiped."

"The guidelines really don't help -- in fact, they hurt, they injure, they keep people who could benefit from genetic testing from getting it," said Beitsch, who hopes the National Comprehensive Cancer Network will recognize his study "and take heed of it and hopefully change the guidelines."

Lichtenfeld said cancer centers "are finding many more people who have a hereditary basis for their cancer than would have been suspected based on our previous knowledge." Since the human genome was first sequenced in 2003, scientists have become increasingly adept at reading the mysterious code and what "we don't understand today, we will understand tomorrow or next year or in the next decade," said Lichtenfeld. He believes that soon, genetic testing will be routine for newborns.

Based on his new research, Beitsch cherishes a more modest hope that at the very least all breast cancer patients will be offered and reimbursed for genetic testing, and perhaps, the same for all cancer patients.

"We're heading toward a time when all people are tested," he said. "Mary-Claire King, who discovered the BRCA 1 and 2 genes, has called for that."