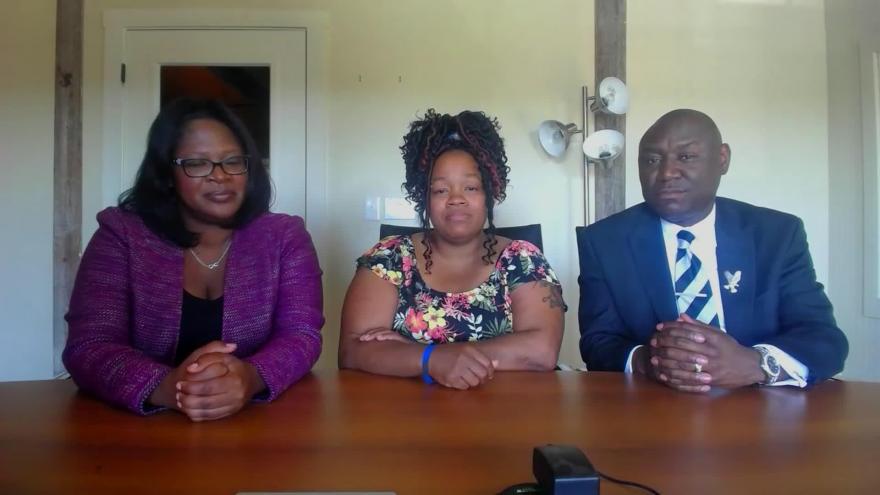 Breonna Taylor's family is demanding answers about her death from the City of Louisville, Kentucky, an attorney said in a letter released Tuesday.

(CNN) -- Breonna Taylor's family is demanding answers about her death from the City of Louisville, Kentucky, an attorney said in a letter released Tuesday.

Taylor was shot and killed by police who forced their way inside her home in March.

The Louisville Metro Coroner's Office said in a statement to CNN, "We had an open records request for the autopsy of Breonna Taylor. This was not going to be released until all the investigations had been complete. All the requests have gone to state attorney general's office. Due to the COVID 19 most lawyers have been working from home until recently and an extension was requested. There is a 10 day allowance for open records requests."

CNN has reached out to city of Louisville officials, the Jefferson County District Attorney's Office and Louisville Metro Police for comment.

Taylor was shot at least eight times, according to a wrongful death lawsuit filed by her mother, when three officers forcibly entered her apartment to serve a search warrant in a narcotics investigation.

The police department said the men announced themselves and returned gunfire when Taylor's boyfriend fired at them.

But in the suit filed in April, Taylor's mother said the officers didn't knock at all and should have called off their search because the suspect they sought had already been arrested.

Officers didn't find drugs in her apartment when they entered, Taylor's mother said in the lawsuit.

"Of all the cities dealing with the tragedies of officer-involved shootings and violence inflicted upon black lives, Louisville's administration has been the least transparent, the slowest and most frustrating," Aguiar said in his letter.

He said that Louisville "ignored" the Taylor's family's requests for an independent investigation and "only succumbed after national outrage and urging" by Gov. Andy Beshear.