Brett Kavanaugh defends himself on Fox News, says Trump stands with him 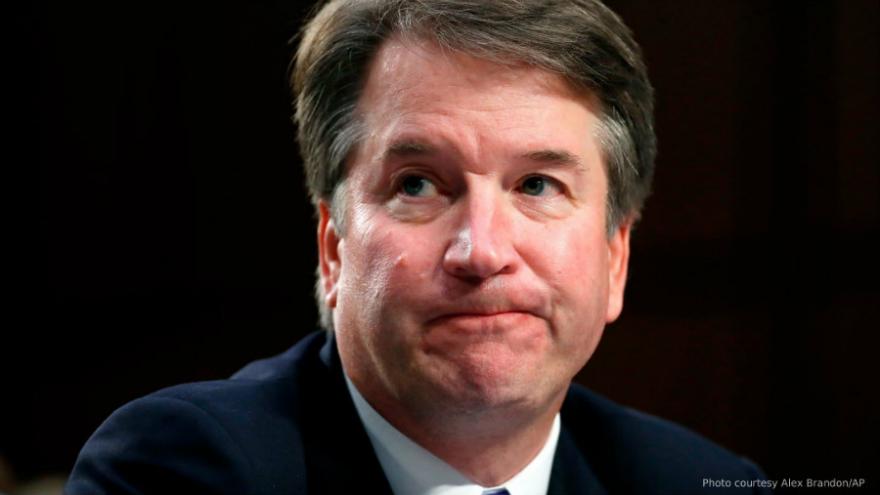 (CNN) -- Supreme Court nominee Brett Kavanaugh says he's "not going anywhere" despite the allegation of sexual assault from more than three decades ago that continues to threaten his confirmation.

"We're looking for a fair process where I can be heard and defend ... my integrity, my life long record ... of promoting dignity and equality for women, starting with the women who knew me when I was 14 years old," Kavanaugh said in an interview alongside his wife, Ashley Kavanaugh, with Fox News' Martha MacCallum just days before both he and his accuser will answer questions about the alleged incident at a Senate Judiciary Committee hearing.

Kavanaugh said President Donald Trump called him Monday to tell him he was sticking by him.

"I know he's gonna stand by me," Kavanaugh said. "He called me this afternoon and said he's standing by me."

His nomination has spiraled into an increasingly partisan and public affair. The unfolding of events surrounding the nomination continue to be atypical -- including the extraordinary move of a Supreme Court nominee holding a televised interview.

Kavanaugh added that he's not "going to let false accusations" force him to drop out.

"I want a fair process where I can defend my integrity," he said. "I know I'm telling the truth. I know my lifelong record. I'm not going to let false accusations drive me out of this process. I have faith in God and I have faith in the fairness of the American people."

Christine Blasey Ford has accused Kavanaugh of sexually and physically assaulting her while they were both at a party during their high school years.

Asked about Ford's allegations, Kavanaugh said he has never sexually assaulted anyone.

He said he did not remember being at any parties with her, but allowed for the possibility they may have crossed paths.

"I may have met her," he said. "We did not travel in the same social circles. She was not a friend, not someone I knew."

Ashley Kavanaugh said in the interview that she believed they were in the right.

"This process is incredibly difficult, harder than we imagined, and we imagined it might be hard, but at the end of the day, our faith is strong, and we know that we're on the right path," she said.

Ford's personal account spurred another woman, Deborah Ramirez, to share her own story allegedly involving Kavanaugh exposing himself while at a college party during his time at Yale. Kavanaugh denied the allegation in his Monday appearance, saying he "never did any such thing."

"If such a thing had happened, it would have been the talk of campus," he said.

Ramirez's two attorneys have not responded to CNN requests to confirm the account she gave the New Yorker, despite multiple communications with both of them. Both Stan Garnett and John Clune have repeatedly declined to comment on the record about whether Debbie Ramirez's allegation that Kavanaugh exposed himself to her is accurate, despite repeated calls, texts, emails and an in-person conversation.

In the interview, Kavanaugh also said that during the years in question he was a virgin. However, none of the claims brought forth have accused him of nonconsensual intercourse.

One White House official said President Donald Trump has been pushing to take a more offensive approach in defending the nomination and the interview with Fox News was how aides interpreted his command.

CNN reported earlier Monday that Republicans are continuing to push the nomination despite the allegations, including forceful remarks by Senate Majority Leader Mitch McConnell supporting Kavanaugh.