Britain's Prince Charles will be the next head of the Commonwealth 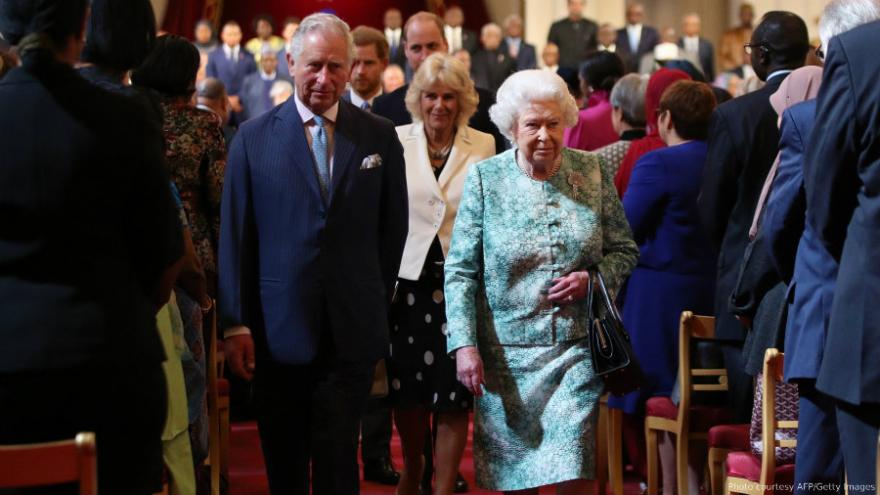 (CNN) -- Leaders of the Commonwealth -- the 53-member group of mostly former British territories -- have agreed that Britain's Prince Charles will be the body's next head.

The decision was announced by leaders gathered for the Commonwealth Heads of Government Meeting in the UK.

In a speech formally opening the summit at Buckingham Palace in London on Thursday, Queen Elizabeth II said it was her "sincere wish" that her son Charles, the Prince of Wales, would head the Commonwealth "one day."

Elizabeth has led the Commonwealth since 1952, when she took over the role from her late father, George VI. However the position is not hereditary and it is up to the leaders of the 53 member nations to select a successor.

The issue was debated Friday at a Commonwealth leaders' retreat at Windsor Castle, west of London, on the second and final day of the summit. In their leaders' statement, the 53 member countries said: "We recognize the role of the Queen in championing the Commonwealth and its peoples.

"The next head of the Commonwealth shall be His Royal Highness Prince Charles, the Prince of Wales."

The Commonwealth, a voluntary association of advanced and developing nations, brings together some 2.4 billion people around the world. More than half its members are small states, including a number of island nations.

The Queen's role as head of the Commonwealth, although largely symbolic, has been a defining element of her reign and it is thought to have been important to her that Charles take over the position, which has no fixed term. An alternative might have been to create a rotating presidency passed between the member countries.

The Queen has paid regular visits to Commonwealth nations around the world over the course of her long reign, fostering a network that can be seen as an enduring global legacy in the wake of the demise of the British Empire.

Addressing leaders Thursday, Commonwealth Secretary-General Baroness Scotland said the Queen had "won a place of great affection in the hearts of people in all countries of the Commonwealth."

UK Prime Minister Theresa May also paid tribute to the Queen's leadership of the body, saying: "You have been true to the deepest values of the Commonwealth -- that the voice of the smallest member country is worth precisely as much as that of the largest; that the wealthiest and the most vulnerable stand shoulder to shoulder."

Welcoming Commonwealth leaders, Charles described the body as "a fundamental feature of my life for as long as I can remember" and hailed the "strong and affectionate bonds" shared by its members.

"The modern Commonwealth has a vital role to play in building bridges between our countries, fairer societies within them and a more secure world around them," he said.

Commonwealth Heads of Government Meetings are usually held every two years, with member states taking turns as host. Since the Queen, who turns 92 on Saturday, no longer travels long distances this is likely to be the last time she attends the summit in person.