Bronx fire death toll up to 13 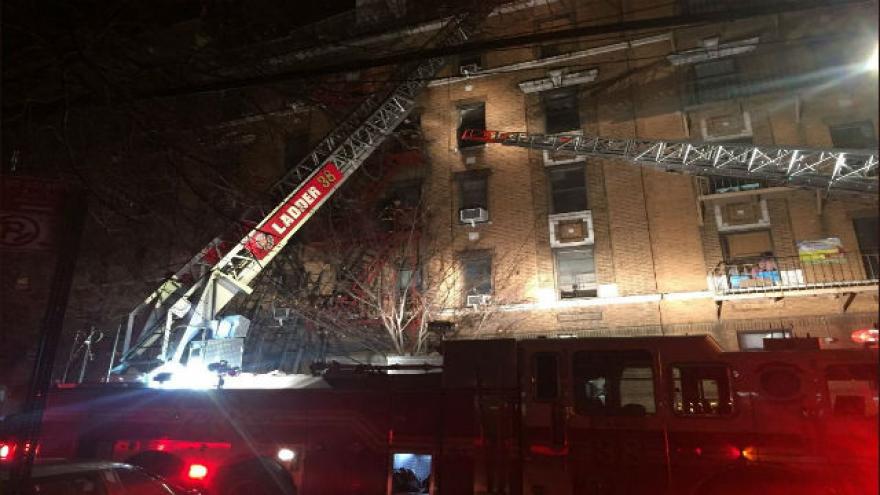 The New York City Fire Department responds to a 4-alarm fatal fire at an apartment building in the Bronx, one of New York City\'s boroughs. Photo courtesy FDNY/Twitter

(CNN) -- A 27-year-old man became the 13th victim of last week's apartment fire in the Bronx, in what was New York City's deadliest blaze in more than 25 years.

Holt Francis, who had been listed in critical condition since the fire, was pronounced dead on Thursday, according to police spokeswoman Arlene Muniz.

Officials previously said Karen Francis, 37, Kylie Francis, 2, and Charmela Francis, 7, were killed in the fire. CNN is working to determine the exact nature of their relationship.

In December, there were 26 deaths -- the highest number in any month in decades, the New York City Fire Department said. In addition to the Bronx fire, four people died in a Brooklyn fire on December 18.

The fatal blaze began after a 3-year-old played with burners on the stove and started a kitchen fire, officials said. When the boy's mother fled the apartment with the boy and his 2-year-old sister, she left the door open.

The apartment's stairway acted "like a chimney" and the fire rapidly spread through the apartment building, Nigro said.

Four children were among the 13 people who perished.

Nigro said there were no structural issues that contributed to the fire. The building had a "relatively low history of repair violations," a spokesperson for New York City Housing Preservation and Development said.

One victim, 28-year-old Emmanuel Mensah, served in the National Guard. He was home for the holidays and died while trying to rescue his neighbors from the burning building, his father said.

"Private Emmanuel Mensah was a first-generation immigrant, a soldier and a New Yorker. He gave his life rescuing his neighbors in the Bronx fire. His heroism exemplifies the best of our city. Rest in peace," Mayor Bill de Blasio said Saturday.