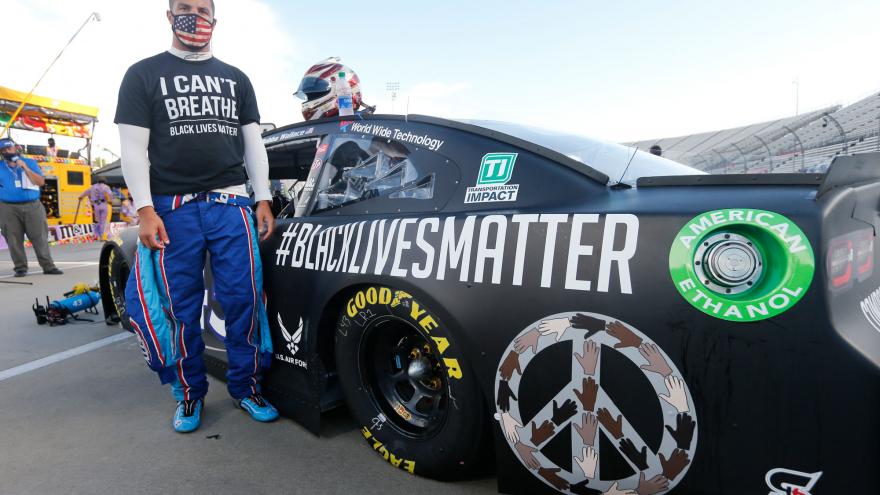 (CNN) -- Bubba Wallace is excited about the change he's seen in NASCAR this week.

Wallace, the only full-time African American driver in NASCAR's Cup Series, spoke with CNN's Don Lemon Friday about fan reaction to the auto racing body's decision to ban the Confederate flag at all events.

"I was proud of the efforts by NASCAR, so hats off to them," Wallace said.

Wallace said he's gotten both negative and positive responses from fans, but "there's obviously been more good than there is bad."

Wallace said he is excited for fans to return to the sport to see the change in the demographics of the audience.

NASCAR announced its Confederate flag ban in a statement on Wednesday.

"The presence of the Confederate flag at NASCAR events runs contrary to our commitment to providing a welcoming and inclusive environment for all fans, our competitors and our industry," NASCAR said. "Bringing people together around a love for racing and the community that it creates is what makes our fans and sport special. The display of the Confederate flag will be prohibited from all NASCAR events and properties."

NASCAR's move to ban the Confederate flag comes as protesters take to the streets across the US and around the world to call for justice in the death of George Floyd, an unarmed black who died at the hands of police in Minneapolis, Minnesota.