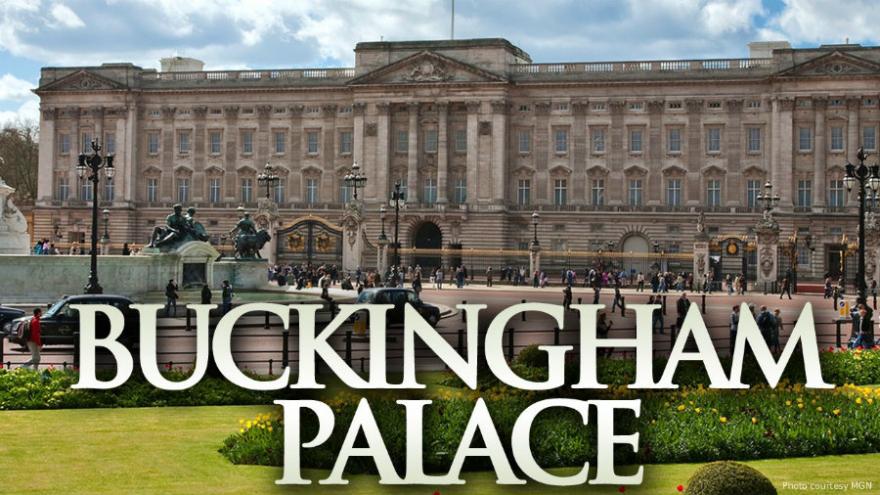 (CNN) -- An image of Queen Elizabeth II's elaborate notice of consent to the marriage of Prince Harry and Meghan Markle was released Saturday. 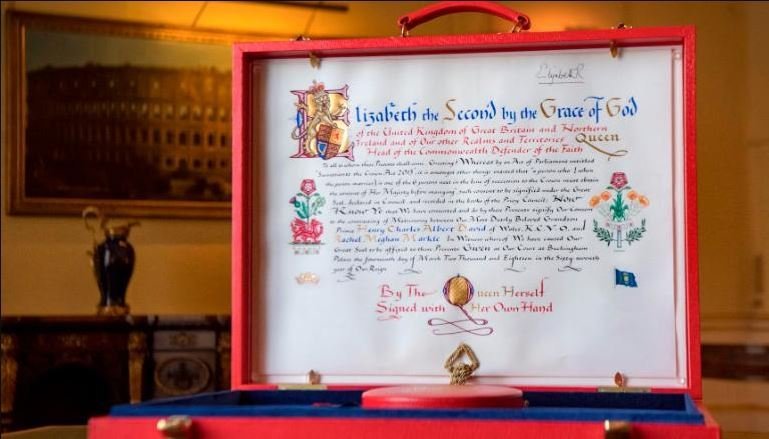 Markle and the prince plan to marry next Saturday in St. George's Chapel in the grounds of Windsor Castle, about 20 miles (32 km) west of central London.

Known as the "Instrument of Consent," the document in which the Queen officially recognizes the marriage is "hand-written and illuminated on vellum by one of a panel of scrivener artists retained by the Crown Office," according to a statement from Buckingham Palace.

The notice's intricate design includes a red dragon, the heraldic symbol of Wales, and the floral emblems for England, Scotland and Northern Ireland: the rose, thistle and shamrock. It also includes two golden poppies, the official flower of Markle's home state of California.

"The Queen's signature, 'Elizabeth R,' can be seen at the top right of the document, which will be presented to Prince Harry and Ms. Markle after the wedding."

Elizabeth formally gave her consent to the marriage at a meeting of the Privy Council on March 14.

The document reads: "NOW KNOW YE that We have consented and do by these Presents signify Our Consent to the contracting of Matrimony between Our Most Dearly Beloved Grandson Prince Henry Charles Albert David of Wales, K.C.V.O., and Rachel Meghan Markle."

The letters KCVO refer to the knighthood given to Harry by the Queen and stand for Knight Commander of the Royal Victorian Order.

The wedding is scheduled to take place in the oldest and largest inhabited castle in the world and an official residence of the Queen, who spends most of her weekends there.

After the wedding, the couple plans to leave Windsor Castle in a carriage for a roughly two-mile procession, traveling along the High Street through the town of Windsor before returning to the castle by the Long Walk, according to the Palace.

The couple and guests will later attend a reception hosted by the Queen at St. George's Hall in the castle grounds, bringing the public aspects of the day to a close.