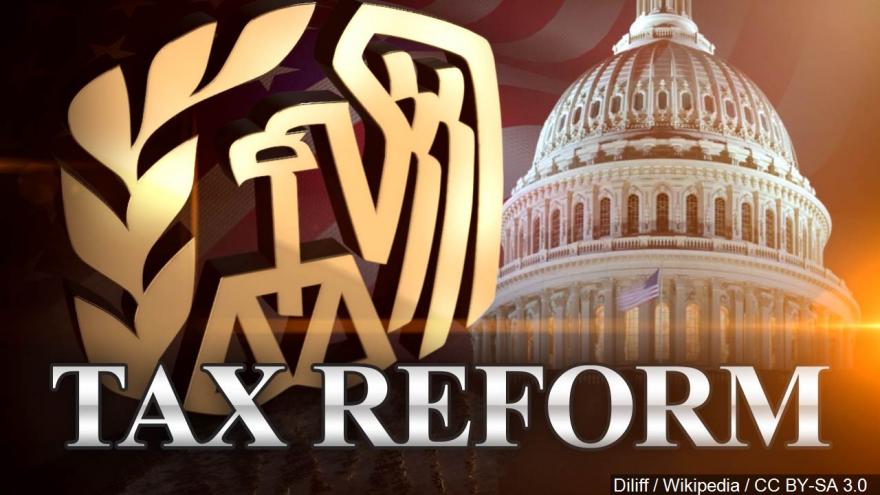 (CNN)-- The House of Representatives narrowly passed a budget resolution Thursday that clears the path for Congress to fast-track tax reform legislation.

The vote was 216-212, with 20 Republicans joining Democrats in opposing the measure.

Republicans passed the bill despite some opposition within the party over a plan to eliminate the popular State And Local Tax deduction in the tax reform framework.

The budget includes reconciliation rules that will allow the Senate to pass tax reform with only a simple majority rather than the usual 60 to overcome a filibuster.

The Senate has already approved the bill, and while the reconciliation rules next head to the President's desk, the President does not sign the budget resolution.

The current tax reform framework calls for nixing SALT deductions, a tax break used by nearly one-third of filers. Cutting the deduction would help Republicans raise more than a trillion dollars to help pay for tax cuts over 10 years, making it a huge source of revenue for their overall plan to reform the tax code.

But Republicans from states like New York, New Jersey, Illinois and California argued that their constituents rely on the deduction. While some are open to making changes to SALT -- such as capping the income level at which taxpayers could use it -- others don't favor any kind of compromise and want tax writers to leave SALT completely alone.

"My solution is to take it off the table," said Republican Rep. Leonard Lance of New Jersey.

The House passed a budget earlier this month, but the Senate made some changes when it approved it last week and then kicked it back over to the House.

One of those changes was language that targets deductions like SALT, which is why some lawmakers -- like Lance -- said they'd oppose the budget even if a deal was worked out beforehand, which did not take place. Negotiations were set to continue over the deduction in a meeting shortly after the vote.

"The preference is to keep the state and local tax as is," said Republican Rep. Tom Reed of New York. "Clearly, in my opinion, that is not going to be the case, so then the question becomes, is there a compromise position that we can live with?"

The state and local tax deduction was one of the earliest deductions that Republicans announced would be eliminated, and the uproar was swift. The House GOP is expected to unveil text of its bill next week, and members warn that there will be a dozen more changes to the tax code that will upset members and various constituencies.