Buffalo Wild Wings employees told a group to move because of a 'racist' regular, customers say 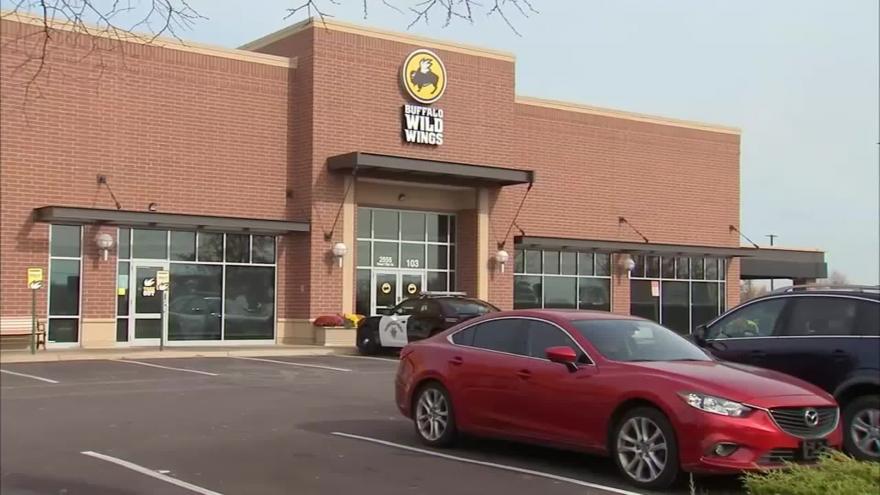 (CNN) -- Employees at a Buffalo Wild Wings restaurant in Illinois asked a group of adults and children that included African Americans to move to other tables because a regular patron sitting nearby objected to their presence, two members of the group said.

The restaurant chain says it has fired two employees.

"We take this incident very seriously and after conducting a thorough, internal investigation have terminated the employees involved," the restaurant said in a statement. "Buffalo Wild Wings values an inclusive environment and has zero tolerance for discrimination of any kind."

Marcus Riley, a youth basketball coach who is black, appeared Monday night on "CNN Tonight with Don Lemon" and said following the encounter, he was faced with the difficult task of explaining what happened to his young team.

"They immediately thought that we had done something wrong," he told Lemon. He said the kids thought their party was in the wrong because the group decided to leave the restaurant.

"I had to say to them ... 'we're not wrong, what we're doing is we're choosing to spend our money elsewhere because we're not appreciated here,'" Riley said.

"I explain everything else to them in life, on the basketball court, but I never thought I'd have to explain something about race and color to a body of 10- and 12-year-olds."

Patrons: Host asked about their ethnicity

The encounter grabbed the public's attention after Mary Vahl, one of the adults in the group, posted about it on Facebook.

Vahl said a group of six adults and 12 children -- boys on the basketball team -- arrived at the restaurant in Naperville, outside Chicago on October 26. Most of them were African-American, she said.

Riley said Justin Vahl, Mary Vahl's husband, "was greeted by the host and right away he was asked what ethnicity was our party, and it really just started from there."

Mary Vahl wrote on Facebook, that while their tables were getting set up, her husband asked the host why their race mattered.

"The host responded that a table with 2 of their 'regular customers' were next to where we were to be seated and he didn't want us sitting there because he's 'racist,'" she wrote.

They went ahead and took the tables that had been set up for them to deny "satisfaction" to the complainer, who was staring at them while they were being seated, she wrote.

The group ordered drinks and appetizers and Vahl noticed an employee talking to "the racists table," she wrote. The employee then approached the group and said their seats were reserved and they would have to move, Vahl wrote. They "politely" declined to move, she wrote.

The waitress said the complainer was a regular and known for being racist, Vahl wrote.

Next, the service manager approached and told the group the seats were reserved by a party of 18 that called in, despite there being no "reserved" signs on the tables, she wrote.

The group left and went to Hooters to continue the birthday celebration, she wrote.

'This type of behavior should not be accepted'

"In 2019, this type of behavior should not be accepted because of certain views. If you don't want to sit next to certain people in a public restaurant then you should probably eat dinner in the comfort of your own home," Mary Vahl said on Facebook

"If they're now talking about instituting training programs, the fear that I have is that it suggests that there weren't programs in place before or if they were, they clearly were not sufficient," he said.

"It would have been a really nice situation where if (the restaurant was) aware of the unfortunate views of this particular couple, that instead of supporting them and their conduct, they would have said publicly, 'listen, everyone is welcome here and we invite all people into this establishment and cannot wait to see them serviced.'"