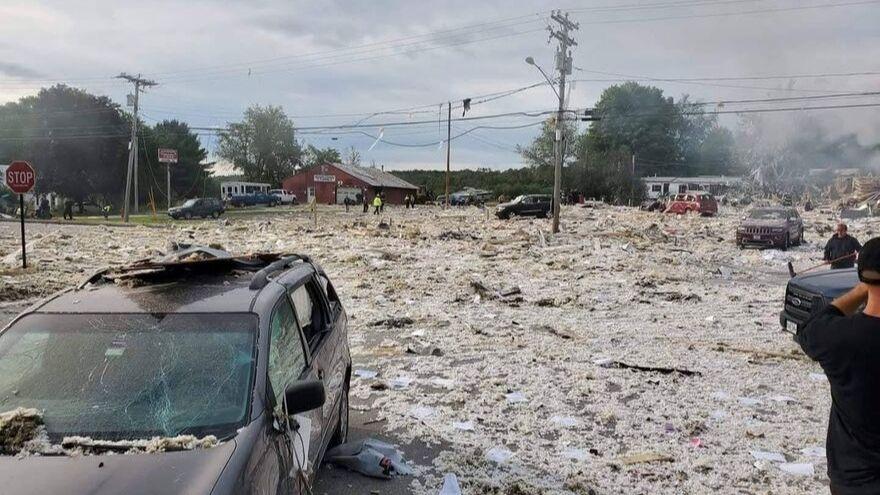 Multiple people have been injured in an explosion at the LEAP facility in Farmington, Maine, according to a spokeswoman with the Franklin County Sheriff\'s Office. Source: Courtesy Jacob Gage
By Eric Levenson and Carma Hassan, CNN

(CNN) -- Multiple people have been injured in an explosion at a building in Farmington, Maine, according to a spokeswoman with the Franklin County Sheriff's Office.

Live updates on the building explosion

LEAP, which stands for Life Enrichment Advancing People, is a group that provides services for people with intellectual and developmental disabilities, according to its website.

Photos from the scene show a building in ruins.

Rubble, papers and a white substance covered the street and areas around the explosion site.

Farmington, located along Route 2 in western-central Maine, had about 7,760 residents as of the 2010 Census.