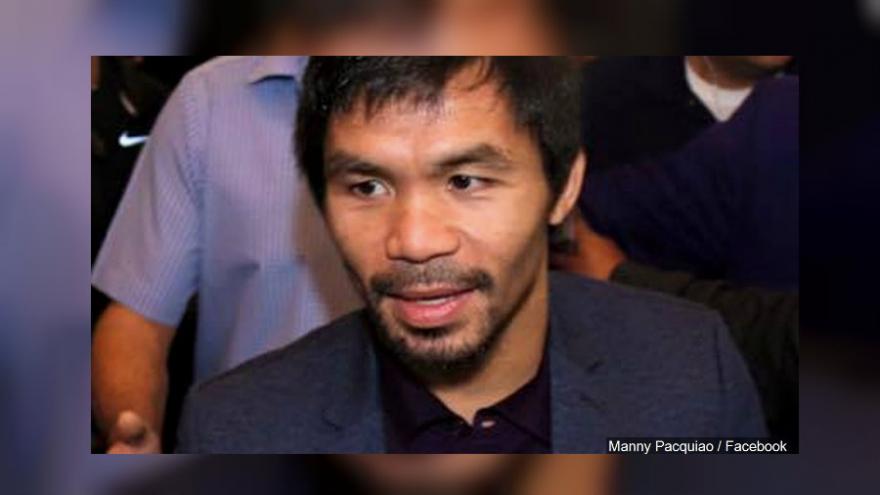 Los Angeles, CA (KCAL/KCBS) -- A home belonging to Manny Pacquiao in the Larchmont neighborhood of Los Angeles was ransacked by burglars over the weekend while the boxer was away fighting in the welterweight championship bout in Las Vegas.

The burglary was reported in the 500 block of North Plymouth Boulevard at 4:15 p.m. Sunday, according to Los Angeles police. CBS2 confirmed with the family that the home belongs to Pacquiao. The circumstances of the burglary, what was taken and when it was discovered were not immediately disclosed. There were no word of any arrests.

The 40-year-old Pacquiao defeated Adrien Broner in a unanimous decision Saturday night at the MGM Grand.

This is the latest in a slew of celebrity home burglaries going back to 2016.

In September, 32-year-old Benjamin Eitan Ackerman was arrested in connection with the burglaries of at least 13 homes dating back to 2017. Among his victims were singers Usher, Jason Derulo and Adam Lambert, reality star Dorit Kemsley from “The Real Housewives of Beverly Hills,” and actress Rebecca Hutton, police said. Derulo’s home was burglarized in September of 2017. At the time, police said jewelry and $300,000 cash was taken.

According to detectives, more than 2,000 stolen items were recovered during the investigation into Ackerman, including clothes, jewelry, art, electronics, fine wine, sports memorabilia and purses. In January, photos of the recovered items were released by the LAPD and posted online.

On Sept. 27, burglars broke into the Woodland Hills home of Woods while he was was playing against the Minnesota Vikings at Memorial Coliseum. Two days prior, on Sept. 25, the Hollywood Hills home of Rihanna was broken into for the second time in a span of five months.

On Sept. 18, three burglars broke into Puig’s Encino home, at least the fourth time the Puig’s home had been hit by burglars over an 18-month period.