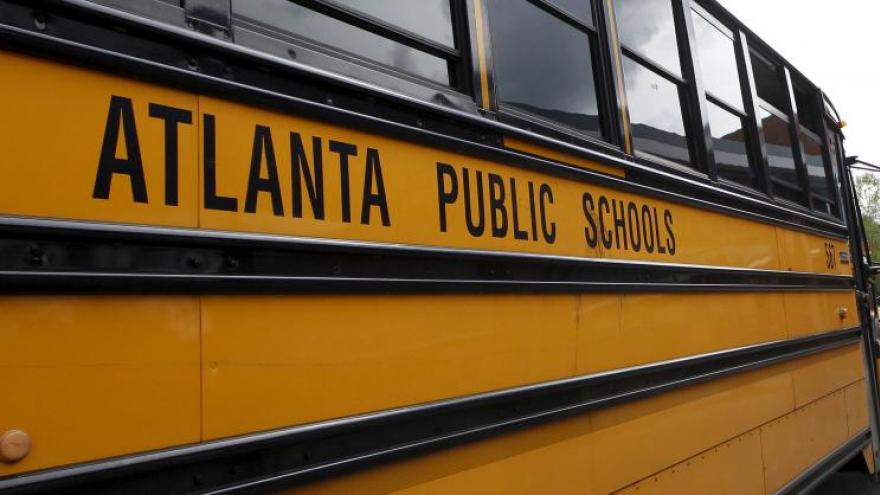 (CNN) -- Trenton Dale, who has driven a school bus in Atlanta for 23 years, loves his job.

"To see the kids grow up and graduate, I mean, that's the most beautiful sight you will see," he told CNN affiliate WXIA earlier this month.

But Dale, like other bus drivers across the country, will have to drive more miles and see more kids at the beginning of this school year because of a driver shortage,

The nationwide need for school bus drivers is expected to remain at "critical levels" over the coming months, with impacts to the industry's ability to provide consistent service stretching well into the school year, according to the National School Transportation Association.

Both contracted school bus transportation companies and district-run operations are struggling to find drivers, as a number of issues, including Covid-19-related health concerns and vaccine hesitancy, continue to escalate "despite the industry's best efforts," Curt Macysyn, executive director of the association, told CNN.

While having a bus driver shortage is not unusual, the severity of the shortages during the pandemic has been challenging. And that has led to districts offering bonuses for new drivers. Baltimore City is offering $3,000 signing bonuses and Atlanta is offering $1,000.

According to Macysyn, some drivers are not returning because of Covid-19-related health concerns, as many school bus drivers fall into categories of high risk for severe illness related to Covid-19 and are on a leave of absence or permanently retired.

He said enhanced unemployment benefits and child tax credits are compounding the problem, but some economists would disagree and say employers in the United States and around the globe should pay higher wages.

The median school bus driver salary in 2018, the most recent year for which data is available, was $16.56 an hour, according to the Bureau of Labor Statistics.

"Currently people are not even applying to be school bus drivers," David Meeuwsen, executive director of the Michigan Association for Pupil Transportation, told CNN affiliate WXYZ. "They're getting some applicants, but not near as many as they need."

Officials said the shortages could lead to changes in the drivers' routes.

There is concern that "if we don't get the number of bus drivers that we need, that we'd have to combine routes and make other adjustments," Bob Mosier, a spokesperson for Anne Arundel County Public Schools in Maryland, told WJZ.

In Michigan, Meeuwsen said some districts have told parents their children can ride the bus for only two weeks each month.

The National School Transportation Association is working with school districts to maximize use of the existing fleet and staff, including flexible pickup and drop-off times, Macysyn said.

The school bus industry is actively recruiting, in addition to offering bonuses and raising wages, he added.