Bus falls backward into a gaping sinkhole in Pittsburgh 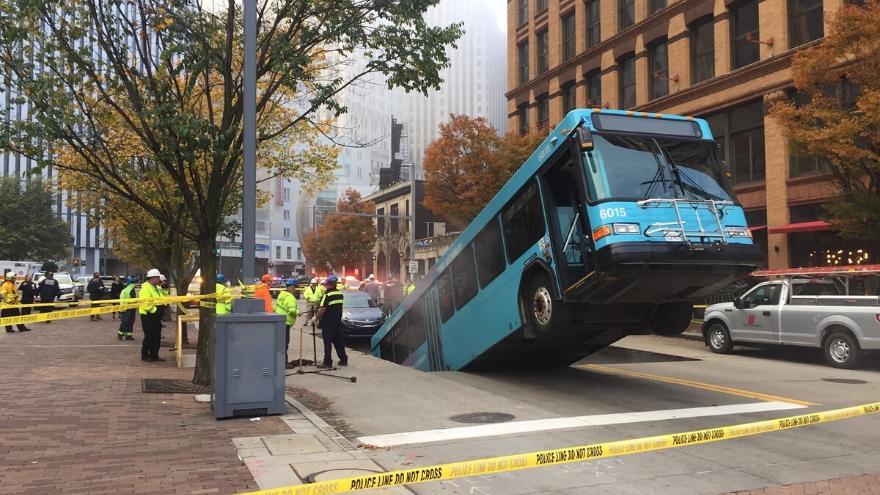 A Pittsburgh bus fell into a sinkhole downtown. The only two people on board, the driver and one passenger, safely escaped the bus with minor injuries, officials said. Source: Pittsburgh Public Safety Dept
By Scottie Andrew, CNN

(CNN) -- Morning commuters in Pittsburgh got an eyeful Monday when a bus fell backward into a gaping sinkhole, leaving the front half hanging several feet above the road.

The Port Authority bus was stopped at a red light when a rectangular hole in the street opened up beneath it, swallowing the back half of the bus, Port Authority of Allegheny County officials said.

Only the driver and one passenger were on board when the bus fell in. Both were safely able to exit, and the lone passenger was being treated for minor injuries, the Port Authority reported.

Another car just behind the bus stopped short of the sinkhole, and the driver safely exited the vehicle, CNN affiliate KDKA reported.

A tow truck is on scene to drag the fallen bus out of the street.