Buttigieg dismisses claim that Gabbard is a 'Russian asset' 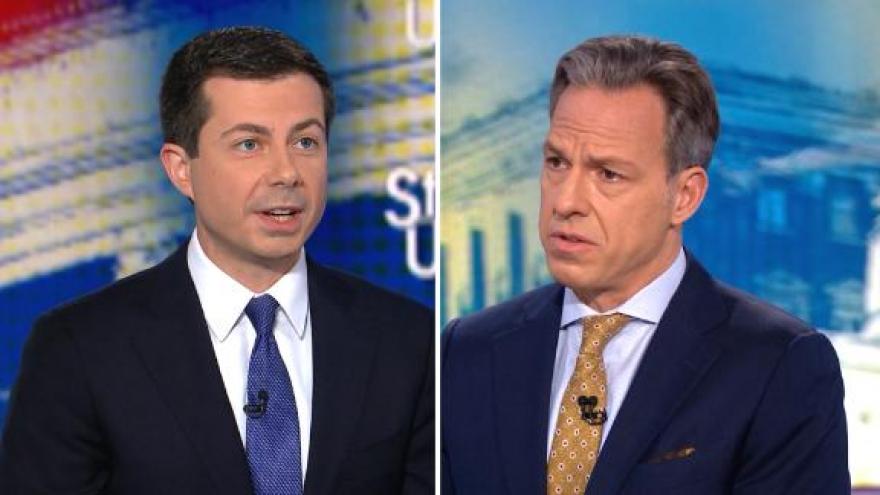 (CNN) -- Democratic presidential candidate Pete Buttigieg on Sunday dismissed the claim that fellow 2020 hopeful Rep. Tulsi Gabbard is a "Russian asset," saying "there is no basis for that."

The South Bend, Indiana, mayor told CNN's Jake Tapper on "State of the Union" that he considers Gabbard, who represents Hawaii's 2nd District, a "competitor" and "statements like that ought to be backed by evidence." He said the focus among his Democratic competitors should be on policy and the needs of American voters.

"I don't know what the basis is for that," he said. "But I consider her to be a competitor. I respect her service. I also have very different views than she does, especially on foreign policy, and I would prefer to have that argument in terms of policy which is what we do at debates and what we're doing as we go forward."

His comments come after Hillary Clinton accused former 2016 Green Party presidential candidate Jill Stein of being a "Russian asset." She also claimed the Russians are currently "grooming" a Democrat running in the 2020 presidential primary to run as a third-party candidate and champion their interests. Though she never names Gabbard, Clinton's comments appeared to be aimed at the Hawaii congresswoman.

Gabbard responded to Clinton on Friday, calling the former 2016 Democratic candidate "the queen of warmongers."

"Thank you @HillaryClinton. You, the queen of warmongers, embodiment of corruption, and personification of the rot that has sickened the Democratic Party for so long, have finally come out from behind the curtain," she tweeted.

"From the day I announced my candidacy, there has been a concerted campaign to destroy my reputation," she added. "We wondered who was behind it and why. Now we know — it was always you, through your proxies and powerful allies in the corporate media and war machine, afraid of the threat I pose."

Gabbard implored the former secretary of state to join the 2020 presidential race.

"It's now clear that this primary is between you and me. Don't cowardly hide behind your proxies. Join the race directly."

"I am not a Russian spy," Stein said. "I think this is a completely unhinged conspiracy theory for which there is absolutely no basis in fact. Not for myself and not for Tulsi Gabbard. I think it's really outrageous that Hillary Clinton is trying to promote this crazy idea."

She added, "You know, you can't just slander people. You have to present some basis and fact."

Another 2020 presidential hopeful, former Texas Rep. Beto O'Rourke, also dismissed the Gabbard claim, insisting the focus of the presidential campaign should be on the economy, climate change and other issues affecting Americans.

"That's not correct. Tulsi is not being groomed by anyone. She is her own person," he told reporters after delivering a keynote address Saturday at the Alabama Democratic Conference Semi-Annual Convention in Birmingham. "Obviously (she) has served this country, continues to serve this country in uniform, in Congress, as a candidate for presidency so I think those facts speak for themselves."

O'Rourke defended Gabbard again during an interview with MSNBC on Sunday, but quickly pivoted to President Donald Trump when asked if it was helpful for Clinton to criticize Gabbard.

"You know, I think the focus has to be on Donald Trump. If we're talking about the country of Russia, there is a Russian asset in the White House right now."