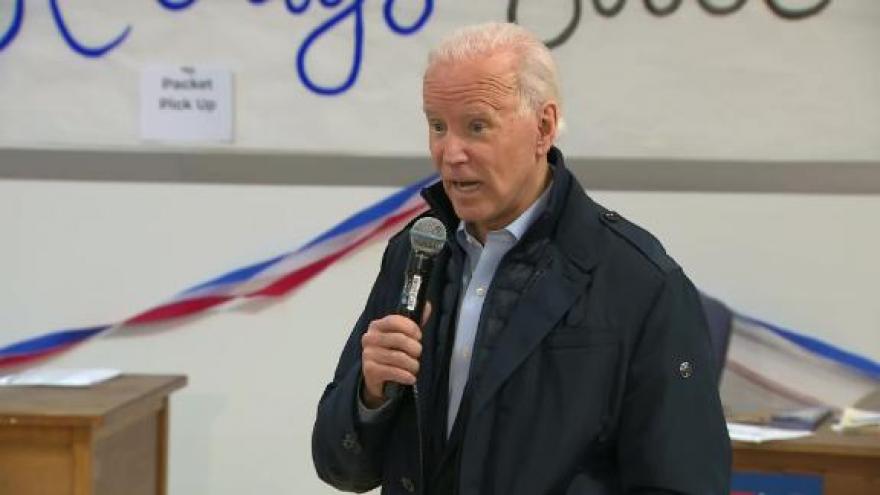 (CNN) -- Pete Buttigieg on Sunday had a response to former Vice President Joe Biden's recent comment the former mayor of South Bend, Indiana, is not Barack Obama: "Neither is he."

"Well, he's right, I'm not. And neither is he. Neither is any of us running for president," Buttigieg told CNN's Jake Tapper on "State of the Union" after being asked about the comment from Biden the day before.

Biden, looking to turn around his flagging campaign on the heels of a fourth-place finish in Iowa and a lackluster showing at the last Democratic debate, criticized Buttigieg on the campaign trail Saturday. In response, the former mayor's supporters responded by calling Biden dismissive of those in small cities and towns. Biden then dismissed comparisons between his attacks on Buttigieg and Hillary Clinton's criticism of then-Sen. Barack Obama's limited experience when the two were primary rivals in 2008.

On Sunday, Buttigieg said the White House needs "a different king of leadership."

Biden first mocked Buttigieg's experience as a small-city mayor in a new digital ad his campaign is using on YouTube and Facebook in New Hampshire ahead of Tuesday's primary.

The ad, titled "Pete's Record" and reported first by CNN, makes a series of cheeky comparisons between the two candidates -- contrasting Biden's time shepherding major legislation to passage and negotiating international agreements with the smaller challenges facing the mayor of a city of 100,000.

It's the most direct, negative ad aired to date by any leading Democratic presidential contender against a primary rival. The ad reflects a new sense of urgency in Biden's campaign: The former vice president and his aides have said they expect to lose New Hampshire, too -- but his campaign is looking to regain its footing as the race moves to Nevada and South Carolina later this month.