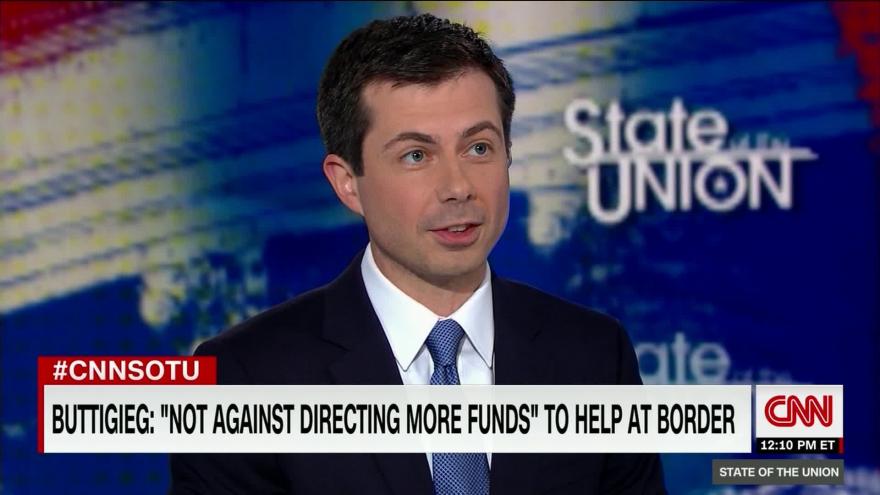 (CNN) -- Democratic presidential candidate Pete Buttigieg on Sunday expressed concern about the Trump administration's Iran saber-rattling, drawing a comparison to the rising tensions during the Bush administration that led to the Iraq War.

"Well, I think we need a measured assessment of information as it continues to come in. There's no question that Iran has a pattern of malign activities. There's also no question that there is a pattern that is disturbingly reminiscent of the run up to the war in Iraq, in some cases being driven by the same people," Buttigieg, who served in Afghanistan as an intelligence officer, told CNN's Jake Tapper on "State of the Union."

The comments from Buttigieg, who serves as the mayor of South Bend, Indiana, come after Bolton announced in May that the Pentagon was deploying the USS Abraham Lincoln Carrier Strike Group and a bomber task force to the Middle East in response to a "number of troubling and escalatory indications and warnings" from Iran. They also come several days after the US blamed Iran for an attack on two tankers in the Gulf of Oman.

Iran has denied any involvement with the tanker attacks.

In separate comments, Secretary of State Mike Pompeo said Sunday it is "unmistakable" that the attacks were carried out by Iran, telling Fox News that the intelligence community has "lots of data" and "evidence" the world will eventually see.

Pompeo said that Trump "has done everything he can to avoid war" with Iran," telling Fox that "we don't want a war. We've done what we can to deter this." The secretary also said in an interview that aired on CBS "Face the Nation" Sunday that the US is "considering a full range of options," including military, when it comes to Iran.

Buttigieg said that he thinks "we've learned as a country in my lifetime, just how hard it is to end a war, we better be working very hard to make sure we don't start one," adding: "When you look at the destabilizing chain reaction that appears to have been initiated when this president withdrew us from the Iran nuclear deal, I'm very concerned about the stability of the region and the possibility that this is a dynamic that even the President won't be able to control if it continues to move in the direction of escalation and hostility."