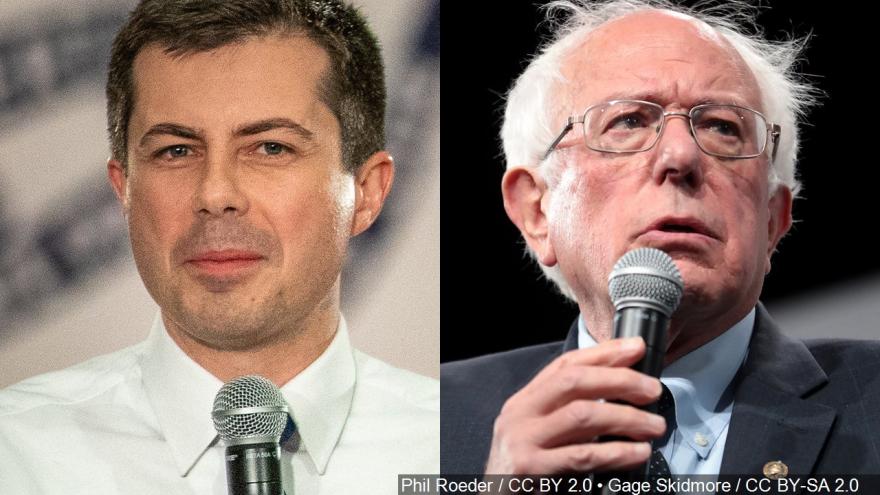 (CNN) -- Pete Buttigieg held his lead over Sen. Bernie Sanders in Iowa with the most state delegate equivalents after a recount of select caucus sites, the Iowa Democratic Party reported Thursday.

Neither the order of finish nor the national delegate allocation previously announced by the party changed as a result of the recount, which covered 23 precincts.

Buttigieg (26.2%) edges out Sanders (26.1%) in the state delegate equivalent count. Sanders, a Vermont independent, maintains his edge in the popular vote count. After realignment, 45,652 Iowans caucused for Sanders, and 43,209 for Buttigieg.

The State Central Committee will meet on Saturday to certify the results.

The recount results come more than three weeks after a chaotic Iowa caucuses day, where results were significantly delayed because an app that the state party had planned to use for precinct chairs to report results did not work properly. It took the party days to release the full count of votes, and multiple campaigns highlighted apparent errors in those counts after they were released.

"Yet again, these results confirm Pete won the Iowa caucuses," Ben Halle, a spokesman for Buttigieg, told CNN. "Pete was the only candidate that was able to form a broad-based coalition across the state and across ideological differences."

Buttigieg, a former mayor of South Bend, Indiana, and Sanders both requested that the party conduct a recount of select caucus sites, after also requesting a partial recanvass of the state's caucus precinct results.