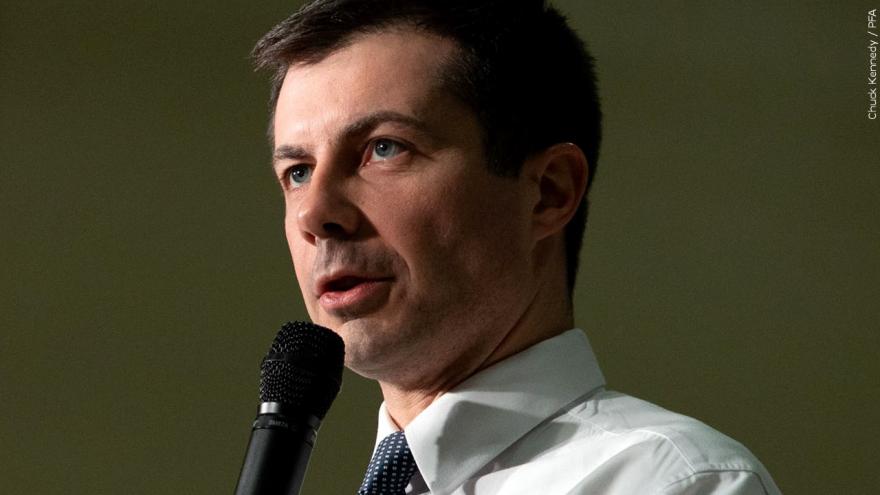 (CNN) -- Transportation Secretary Pete Buttigieg said on CNN on Monday that "we need to take a look at" placing unruly passengers on a federal no-fly list as pressure mounts on the Biden administration to continue to address rising violence on airplanes.

"I think we need to take a look at it. Look, the airlines are often doing their own internal no-fly list. Some of them have spoken about maybe coordinating on that, and we're looking at these policy recommendations as well," Buttigieg told CNN's Kate Bolduan in an interview.

This comes as Delta Air Lines CEO Ed Bastian sent a letter last week to US Attorney General Merrick Garland reiterating his call for the Justice Department to prosecute unruly passengers and place them on a no-fly list.

Asked Monday about the challenges of potentially implementing a federal no-fly list for unruly passengers, Buttigieg said, "Obviously, there are enormous implications in terms of civil liberties, in terms of how you administer something like that. I mean even when it was over terrorism, it was not a simple thing to set up.

2021 was a record year for bad behavior

As of February 1, there have been 323 reports of unruly passenger behavior so far this year, according to FAA tracking. Of those, 205 were mask-related incidents. Seventy-three investigations have been initiated, with 26 enforcement action cases initiated so far this year.

At least two flights in January turned around midflight because of unruly passenger behavior, and a man charged with groping a flight attendant on a flight in 2021 was recently sentenced to six months in prison.

Sara Nelson, international president of the Association of Flight Attendants-CWA, told CNN over the weekend that unruly behavior on planes is creating "a situation where flight attendants every single day, when they're putting on their uniforms, they're not sure if that will be a sign of authority and leadership in the cabin or a target for a violent attack."

Nelson said she is in favor of a no-fly list for unruly passengers.

During Monday's interview, Buttigieg also discussed new report from the American Road & Transportation Builders Association that found one in three bridges in the United States are in need of major repair work or replacement.

"We have already started putting out the funding to get these bridges repaired," Buttigieg said in the interview. "It's not just the big bridges that get a lot of attention, but sometimes it's a rural bridge that may seem small, but it's not a small thing in your commute or in your life."

Buttigieg added that it's not only drivers and commuters affected by bridge closures but also consumers' ability to receive goods and services because of supply chain delays.

"You don't even have to drive to be affected by the condition of our bridges because groceries and other goods can take longer and cost more to get to where they need to be if we don't have a healthy road and bridge network," Buttigieg added.