Buttigieg: So many Democrats running for president 'we might as well carpool' 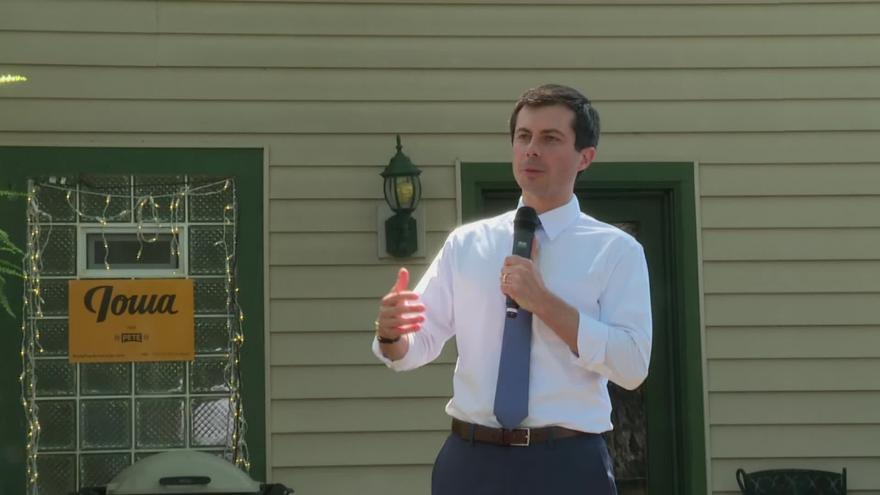 (CNN) -- South Bend, Indiana, Mayor Pete Buttigieg said on Saturday that there were so many Democrats in the race, they "might as well carpool."

Buttigieg was speaking at an education-focused meet-and-greet on the back porch of a home in Des Moines, Iowa, as he and much of the nearly two dozen Democratic presidential candidates swarmed the state, whose caucuses top the 2020 primary calendar.

Buttigieg offered a unifying tone at the event, saying he did not view the massive field "as having opponents so much as competitors."

"You would be surprised how often we are in dialogue with each other," Buttigieg said. "And as these cattle calls pick up we are going to get to know each other better and better."

He argued that it was important for candidates to ensure their supporters that eventually they would all want to rally around the party's nominee to challenge President Donald Trump next year.

"A day will come when we are all on the same team," Buttigieg said. "And we got to have that solidarity, and we can plant the seeds for it right now."

On Sunday, nearly 20 of the candidates were slated to speak before Iowa Democrats in Cedar Rapids for the annual Hall of Fame dinner. The event is expected to cap off a weekend of activity for Democrats in Iowa, including a Pride Fest forum in Des Moines on Saturday.