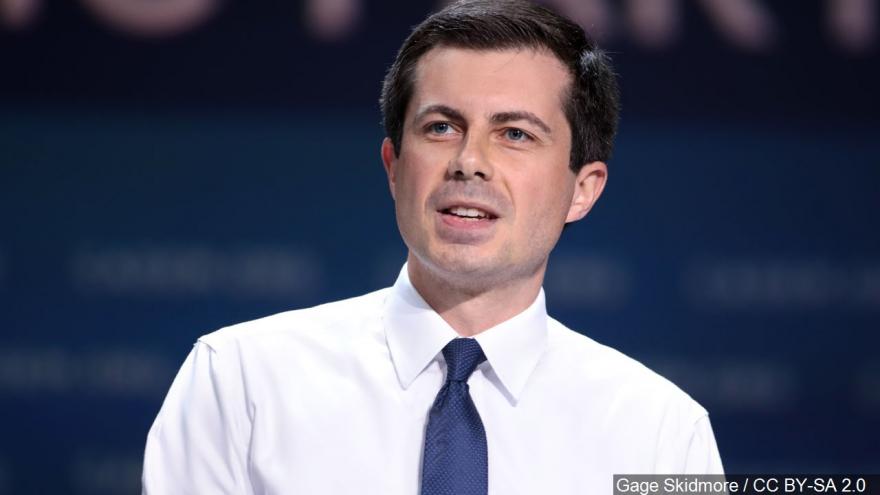 Buttigieg -- who came out as gay in 2015 and married his husband, Chasten, in 2018 -- was asked during his CNN town hall about conservative radio host Rush Limbaugh telling his listeners that American voters are "still not ready to elect a gay guy kissing his husband on the debate stage president." Trump, who initially responded to the comments by saying he was not uncomfortable with a gay president, told Limbaugh to "never apologize" for his comments about Buttigieg, the radio host said Tuesday.

"The idea of the likes of Rush Limbaugh or Donald Trump lecturing anybody on family values," Buttigieg said before pausing for applause.

Buttigieg is frequently asked about his marriage on the campaign trail, with voters wondering how he thinks being gay will affect his ability to win over American voters who may be uncomfortable with his identity.

Buttigieg, shortly after Limbaugh's comments, was asked in Sparks, Nevada, this weekend how he would plan to counter "homophobic attacks."

"This one got a little bit fun this last few days. Good ol' Rush Limbaugh was saying things about us," he said. "I'm pretty good at holding my tongue. But it is tempting to point out some differences between my understanding of family values and those of this President and his supporters like Rush Limbaugh."

But even some loyal Democrats considering supporting Buttigieg wonder publicly about how Buttigieg's identity will impact him with some voters.

"I like Pete, I like his issues," said Willie Johnson, a 62-year-old member of Nevada's powerful Culinary Union, told CNN over the weekend. "I don't know if America is ready for him, but I didn't think they were ready for Obama either and they did it."