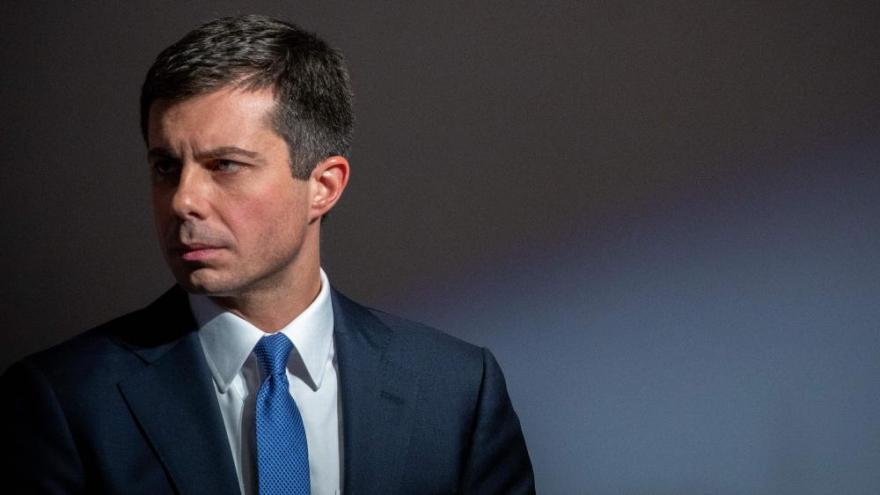 Pete Buttigieg's presidential campaign acknowledged on Tuesday that it has, over the course of several months, responded to concerns from minority staffers about key decisions made in the campaign and its overall culture of inclusion.

(CNN) -- Pete Buttigieg's presidential campaign acknowledged on Tuesday that it has, over the course of several months, responded to concerns from minority staffers about key decisions made in the campaign and its overall culture of inclusion.

The acknowledgment comes after The New York Times and Wall Street Journal outlined concerns among some staffers that their opinions have been undervalued in the campaign of the former South Bend, Indiana, mayor, and that they have faced pressures associated with belonging to a campaign that has struggled to win support from voters of color.

Buttigieg addressed the issues within his campaign while speaking with reporters on Tuesday in Ottumwa, Iowa, but did not say whether he had talked to his staff about the controversy.

"We've got to work much harder to do a better job when it comes to making sure that that inclusion is a reality, especially in the Trump era. And this is an opportunity to live those values," Buttigieg said.

He continued: "They lead to conversations that are tough, they can be a risk, but it needs to happen, because this conversation nationally is tough. And we need to be practicing in our own organizations what we're proposing needs to happen across the United States."

Asked why some staffers of color had not felt those efforts, the former mayor said, "There aren't easy answers. We have to continue working on this in our organization, as I think every organization does and our country does."

The mayor also said that he understands some staffers of color "put a lot on the line in their own lives when they decide they are part of this effort" and, because of that, he is "thankful for them."

A key incident that has prompted some minority staffers to raise concerns was the decision to allow a controversial Chicago attorney to hold a fundraiser on Buttigieg's behalf last year. Steve Patton fought against the release of the video showing the 2014 police shooting Laquan McDonald, a black teenager, when he was city attorney. The campaign pulled Patton, who is no longer city attorney, from the fundraiser and returned his donations after backlash.

Buttigieg responded to the controversy on Tuesday, calling the issues surrounding the Patton fundraiser a "miscommunication" and that his campaign takes "responsibility to review what happened, fix the problems, and make sure that going forward problems like that wouldn't happen again."

One of those steps was tasking Marcus Switzer, Buttigieg's senior adviser of investment, with improving the vetting process.

"We were able to professionalize and operationalize some things and also account for the fact that this is a campaign that has had rapid growth," Switzer told the Times.

The campaign acknowledged on Monday that after that incident, they took steps to ensure that those vetting decisions were made with the input of more diverse staff members.

"When we experienced an internal communications breakdown in our vetting and decision making process this fall, we instituted a review enlisting outside help and adjusted the process to ensure diverse perspectives were included on vetting decisions, and that there were multiple opportunities to flag vetting issues," the campaign said in a Medium Post.

The Buttigieg campaign has taken the unusual step of repeatedly organizing mandatory diversity and inclusion trainings along with other voluntary retreats and sessions, in an effort to more proactively foster a culture of "belonging" within the campaign, it says. Political campaigns, which are often frenetic organizations, rarely devote time and resources just weeks before the first voting contests to address personnel issues in their headquarters.

For Buttigieg's minority staff members, a normally grinding presidential campaign has been particularly personal. Buttigieg has been criticized publicly for failing to significantly improve his support among minority voters, and has been criticized for past statements, including a years-old video in which he said that lower income and minority students don't have "someone who they know personally who testifies to the value of education." His minority staffers have been on the front lines defending him.

After a meeting of black South Bend residents devolved into chaos when Black Lives Matter and supporters of Sen. Bernie Sanders interrupted the meeting in December, several black Buttigieg supporters took to Twitter to voice their frustration.

"This is what Black folks who support Pete experience all the time on Twitter," wrote Nina Smith, Buttigieg's traveling press secretary. "White men, grabbing the mic, insulting us, calling us 'uppity' 'purchased' and 'tokens' all in support of certain white male candidates. Careful YOUR racism is showing."

The New York Times reported that at one of the campaign meetings on diversity and inclusion, some staffers said they were stressed after facing critical questions from family members and friends about supporting a campaign that has struggled with non-white voters.

But again, at the request of campaign staff, the campaign held another retreat in early December focused on diversity and inclusion. And they held a follow-up meeting in early January.

According to The New York Times, which obtained a recording of the January meeting, staffer Katrina Smith, who was on the vetting team, lamented the campaign's decision to initially green light the Patton fundraiser.

"The decisions that were made on those committees that ended up impacting everybody on the campaign, especially people of color, were hard ones and were not considered appropriately because of the makeup of the committees," Smith said, according to the recording reported by the Times.

Ahead of the January session, a staffer distributed a survey asking people of color to detail "microaggressions in the workplace." The survey instructed staffers to "only fill out this survey if you identify as a person of color." It noted it "will be used to inform our white colleagues about privilege and microaggressions."

A staffer of color who was also involved with the meetings since the May retreat said the gatherings "were not a cry for help," but were seen as "productive, inclusive conversations that we wanted to make sure were deliberate and understanding that this was a sensitive space and that people should be able to air how they felt."

That staffer said the campaign is now worried about the leak of the audio recording because "penalizing staffers of color in this way, it doesn't help us."

"It's not productive, especially when staff of color and white staff have also been working together to try to make this workplace more inclusive," the staffer said.