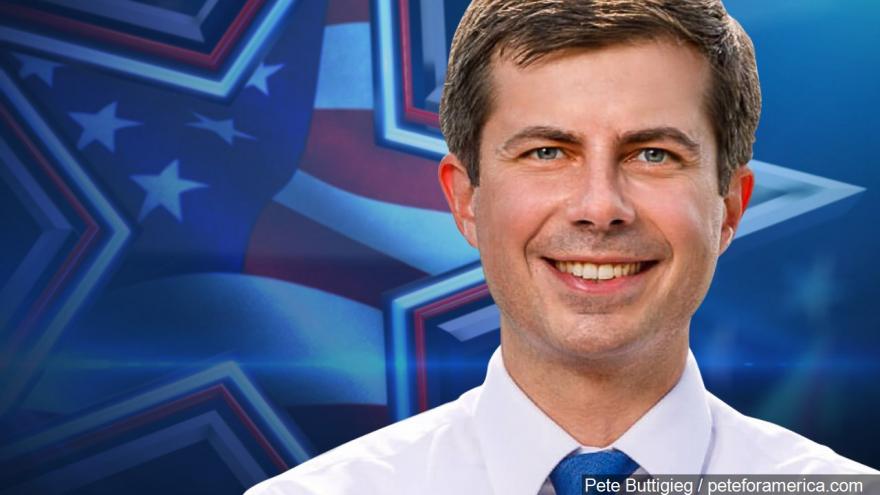 PROVIDENCE, R.I. (AP) — Democratic presidential candidate Pete Buttigieg knows firsthand the burden of six-figure student loan debt. He and his husband, Chasten, are far from alone, though, and their personal college indebtedness is helping to keep the issue on the national stage.

With loans totaling more than $130,000, they are among the 43 million people in the United States who owe federal student loan debt.

The debtors are so numerous and the total debt so high — more than $1.447 trillion, according to federal statistics — that several of the Democratic candidates have made major policy proposals to address the crisis. Their ideas include wiping away debt, lowering interest rates, expanding programs that tie repayment terms to income and making college free or debt-free.

Student loan debt is often discussed as an issue that mostly affects millennials, but it cuts across age groups. Federal statistics show that about 7.8 million people age 50 and older owe a combined $291.9 billion in student loans. People age 35 to 49, a group that covers older millennials such as Buttigieg as well as Generation X, owe $548.4 billion. That group includes more than 14 million people.

One of the most detailed plans to help solve the problem has come from Sen. Elizabeth Warren of Massachusetts, who says she would entirely erase student debt for 75% of borrowers while making public colleges and universities free. Her plan would be paid for by a tax on "ultra-millionaires," those households with a net worth of $50 million or more. Warren wants to cancel $50,000 in student loan debt for each borrower with a household income under $100,000 and would cancel smaller amounts for those who earn more.

Former Rep. Beto O'Rourke of Texas stops short of advocating for programs to cancel all debt, like Warren wants to do. Instead, he has suggested wiping away debt for people who go into jobs where there's a manpower shortage, such as doctors in rural areas, but it's not clear which professions would qualify.

He also has said he wants to give Americans two years of free tuition at community colleges, make four-year state universities debt-free for those with low and modest incomes and allow borrowers to refinance student loans at lower interest rates.

Julian Castro, housing secretary in the Obama administration, says he wants to eliminate tuition at public colleges and universities. He has issued a plan that would not require loan repayment until borrowers earn more than 250% of the federal poverty level, currently $25,750 for a family of four. It would cap monthly payments at 10% of their income after that.

Sen. Kamala Harris of California has publicly called for debt-free college, wants to allow people to refinance their loans at a lower interest rate, base repayment on income and simplify financial aid applications to make it easier for needy students to apply.

If elected, Buttigieg, the 37-year-old mayor of South Bend, Indiana, would likely be the first president with student loan debt. Barack and Michelle Obama said they paid off their student loans a few years before he was elected to the U.S. Senate in 2006.

Buttigieg often speaks about the experience that he and his husband have had with student loan debt. Buttigieg graduated from Harvard in 2004, then won a Rhodes scholarship and graduated from Oxford in 2007. The mayor previously told Vice that he got through school without much debt, but that Chasten racked up loans while getting bachelor's and master's degrees to become a teacher.

In his financial disclosure filed with the Office of Government Ethics in mid-May, Buttigieg reported that he and his husband have between $110,000 and $265,000 in student loan debt. The report requires a range rather than a specific dollar amount. Chris Meagher, a campaign spokesman, said the exact amount is $131,296.

Americans with student loans owe on average $33,000, so the Buttigiegs' debt is on the high end. They are among the 2.8 million Americans who owe more than $100,000 in federal student loan debt.

Meagher did not answer questions about whether the loans belong to Buttigieg or his husband, or both.

The disclosure statement shows that the couple has 20 loans outstanding, with interest rates ranging from 3.4 percent to 6.8 percent, on loans that were opened between 2009 and 2017. Fifteen of those accounts, more than $100,000 of the balance, were reported to be on an income-based repayment plan.

Buttigieg has spoken about making it easier to refinance student loan debt. During a town hall hosted by Fox News, he discussed expanding the federal Pell grant program and making it easier to pay off debt through public service. On his website , he called for middle- and low-income families to pay "zero tuition" at public colleges, or to attend them "debt free."

Buttigieg has also called for more support for students who enter public service, such as teaching.

Seven 2020 presidential contenders have proposed legislation in the Senate to do that. The bill would simplify and expand a program that forgives federal loans for public service workers who make 120 monthly loan payments while working for a government agency or qualified nonprofit. Only about 1% of borrowers who applied to the program were approved. The candidates backing the legislation are Warren, Sanders, Harris, and Sens. Kirsten Gillibrand of New York, Amy Klobuchar of Minnesota, Cory Booker of New Jersey and Michael Bennet of Colorado.

Former Vice President Joe Biden made a call for a similar simplification and expansion Tuesday in a speech in Houston before one of the nation's largest teachers' unions.

Associated Press writers Collin Binkley in Boston and Will Weissert in Washington contributed to this report.