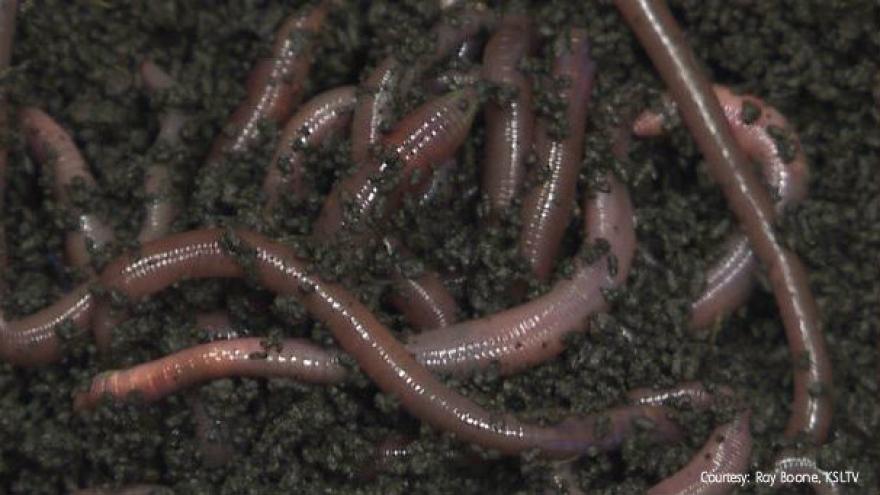 PROVO, UT (KSL) -- Some of us truly blossom in the outdoors, and so it goes with Joe Walker.

"I did my family's garden growing up," he said. "Always had a fascination with plants."

But digging in the dirt and bringing life to leaves doesn't always translate into a career. When he started at BYU, his track was a little more practical.

"My major was originally business management," Walker said. "At some point, I realized that there was something in the life sciences department that I'd probably be a better fit for, because I was taking so many plant science soil classes on the side."

But while his heart was planted in the dirt, his mind was still stuck in the world of business. He settled on a major in landscape management, with a minor in entrepreneurship. In between classes, he headed to a part-time job with a lawn care company — and that's where his two worlds united.

Like a plant struggling for survival, Joe discovered his niche in the ecosystem and built a business. Now, when he's not on campus, he heads to his flourishing company, OmniEarth. There, he gestures to a massive bag full of what looks like dirt.

"This is a 2,000 pound bag of worm castings," Walker said, gesturing to the bag, which rises up to his chest.

For those not familiar with the vocabulary of agriculture, there's some more common words for "castings."

"Manure. Poop," Walker said with a smile. "The scientific or the agriculture community calls it 'castings.'"

While some may find that idea distasteful or even a bit disgusting, Walker says it's basically just like soil — and his business has brought him a fair bit of fame around school.

In a small room near his giant bag, Walker's herd of wriggling pets goes to work in a series of white buckets. He purchased his first batch of worms from a fishing company, but initially struggled to provide the right environment.

"I've killed my weight in worms getting started," he said. "But after some long nights and some extensive research, I'm kind of finally at a point where I'm starting to optimize this thing and getting it to where it needs to be."

After finding the right food, the right humidity, and the right amount of worms per bucket, his business began to sprout.

"I had one friend of mine try it on his tomato plants," Walker said. "And they grew, no joke, to be 10 feet wide and eight feet tall."

"On average, each client saved about 80,000 gallons of water," he said. "Which as a visual, is a standard-sized swimming pool."

While his product has proved very popular with legal marijuana growers, his sights are set a little higher.

Walker said a lot of developing nations have "literally millions and millions of acres of depleted soils. We're working with them now to see if we can remediate it through worm castings. A lot of people predict that by 2050, the world food production rates will have to increase by 40 percent. So there's no doubt that the need to go green and keep your soils healthy, there's going to be huge demand."

Unlike many with the jobs they take during college, Walker has no plans on quitting after he graduates. He wants to dedicate his life to the idea that the work of worms could help feed the world.

"Charles Darwin studied worms for 40 years," he said. "He called them 'recyclers of the earth.' He considered them the most valuable creature on earth. And he said that without the work of this valuable creature, agriculture would be wholly impossible."