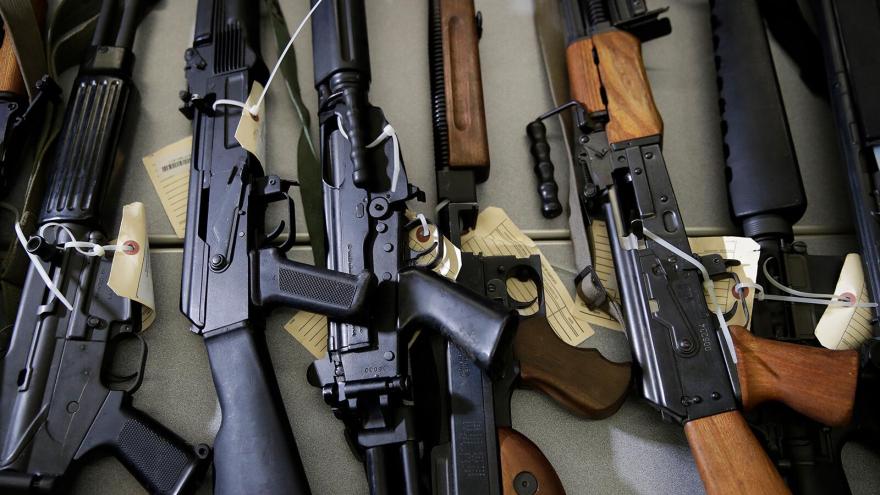 US District Judge Roger Benitez on Friday blocked California from enforcing its ban, saying it violates the Second Amendment right to bear arms and deprives Californians from owning assault-style weapons commonly allowed in other states. He granted a 30-day stay on the injunction.

In a press conference Thursday announcing that an appeal has been filed, Bonta, a Democrat, called the judge's opinion "disturbing and troubling and of great concern."

"We cannot be and we are not deterred by this ruling," he said.

Bonta said his office will ask the appeals court to stay the district court's ruling, which would extend the 30-day stay and leave the laws in place during the appeals process.

In his ruling, Benitez likened the AR-15 to a Swiss Army knife, arguing that both are a "perfect combination of home defense weapon and homeland defense equipment." His comparison drew criticism from California Democrats and gun safety activists, while gun rights advocates celebrated the ruling and said they would continue their challenge at the Ninth Circuit -- and Supreme Court if necessary.

Bonta, Democratic Gov. Gavin Newsom and others who spoke at Thursday's news conference slammed Benitez as an ideologue and claimed his ruling was a legal outlier.

"It is insulting to read his decision where he called the kind of weapon that killed my son akin to a pocket knife," said Mattie Scott, who heads the Brady Center's California chapter and lost her son to gun violence in 1996. "Pocket knives were not invented to kill as many people as possible. Pocket knives don't tear families apart."

Robyn Thomas, the executive director of the Giffords Law Center, said they expect the Ninth Circuit to reverse Benitez's decision, but also anticipate gun lobbyists will keep trying to get similar cases before Benitez to move them up through the federal system.

California became the first state to ban the sale of semiautomatic guns in 1989, following a shooting at an elementary school in Stockton that left five children dead.

Six other states and Washington, DC, have bans on certain semiautomatic firearms.

In recent years, the US Supreme Court has declined to take up challenges to several states' assault-style weapons bans, including Connecticut, Massachusetts and Illinois, leaving lower court upholdings of these laws in place. Gun-rights advocates, however, see new opportunities for legal challenges with the recent addition of Justice Amy Coney Barrett, giving the high court a 6-3 conservative tilt.

In April, the conservative-majority bench decided to review a case concerning a New York law that restricts an individual from carrying a concealed handgun in public in what will be the court's first major decision on gun rights in a decade.