California birds recovering after passing out from a prescription pill overdose 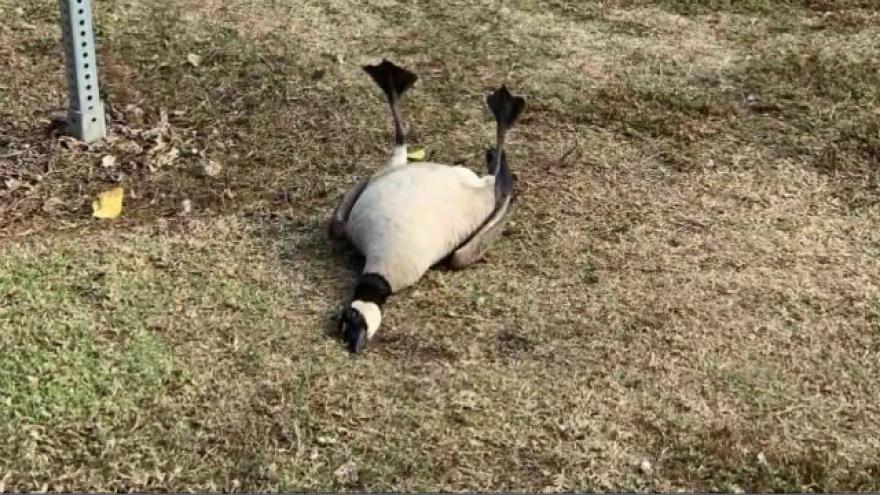 A Canadian goose and a Ring-billed Gull in California are recovering after a prescription pill overdose. Photo courtesy Wetlands & Wildlife Care Center

(CNN) -- They walked slowly, their necks lowered and eyes barely open. One passed out, its legs splayed in the air.

The strange behavior caught the attention of neighbors in Huntington Beach, California, before the humans realized: These birds are intoxicated.

It turns out, the goose and the gull had imbibed some of the hundreds of pills dumped this week at Carr Park, a city green space with a playground and a small fishing lake about three miles from the Pacific Coast.

The pills, which to the park's birds may have looked like grain, seemingly included heart medications, antidepressants, anti-anxiety and insomnia medications, experts with the nonprofit Wetlands & Wildlife Care Center posted at its Facebook page.

No one seemed to know who dumped the pills or when, CNN affiliate KCAL/KCBS reported.

After showing symptoms of an overdose, the Canada goose and the Ring-billed Gull received IV fluids and by Thursday were doing better, wildlife center staff posted. The goose already was back on its feet, a photo showed.

Experts warned there may be other birds that flew away after ingesting the pills. They urged neighbors to keep an eye out for any more unusual bird behavior.